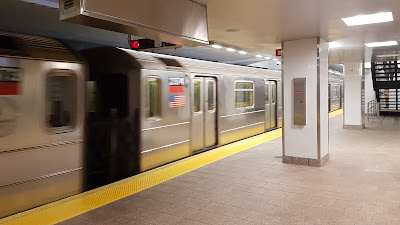 Above and Below: Images from the refurbished South Ferry subway station.
Five years and millions of dollars later, the station has finally opened after
the damage caused by Superstorm Sandy has been fixed. 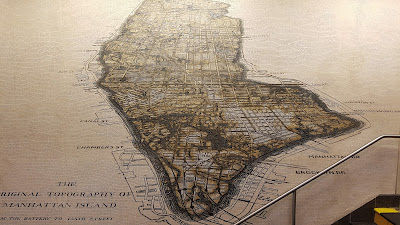 MAGICAL MYSTERY TOUR TO STATEN ISLAND
I rode the 1-train to South Ferry and boarded a Staten Island Ferry to St. George, where I boarded an S44 bus and rode as far as the Staten Island Mall. I have been to the mall during a previous trip to New York, and was happy to alight there for a meal and reacquaint myself with the complex. The mall is much the same as it was when I last saw it, but the owners are in the middle of an expansion project which will add more stores and parking to the site. I also noted that the mall now has an Apple Store that was very well patronized.
Like most visitors to the city, I have taken advantage of the free ferry ride between Manhattan and Staten Island. In my case, I have made numerous such trips over the years, and yes, I have even left the confines of the St. George terminal building to explore farther parts of the island. I have taken a bus as far as Tottenville at the far end of the island, visited the Sailors Snug Harbor complex and more. What I have enjoyed most about this little explorations is discovering just how suburban parts of Staten Island are. Many of the homes stand on their own blocks, separated from their neighbors with lush lawns, trees and shrubs in well-kept flower beds, and clean yards. These come as a pleasant surprise when contrasted to the crowded noisy streets of Manhattan and the other major boroughs. 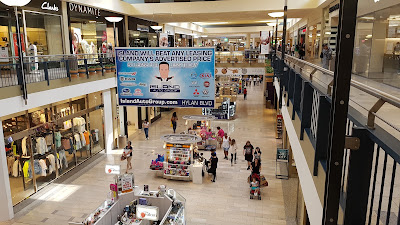 Above and Below: Images of the Staten Island Mall.

On returning to Manhattan, I walked to the South Street Seaport area fully expecting to enjoy a meal and the views of the Brooklyn Bridge from the new shopping complex that has replaced my former favorite resting spot at that location. To my surprise the building process has yet to be completed, and from what I could see, I don't expect it will be ready for most of the rest of this year.
There was nothing for it therefore but to go to my alternative eating house, Squire's Diner, where I ordered a chicken quesadilla and house fries. The house fries, while very nice, were more than I could eat since the quesadilla with its salad, sour cream and guacamole on the side was more than enough for me. I left feeling completely bloated, and after buying a couple of cans of condensed milk at a local supermarket I headed for the A-train and home. 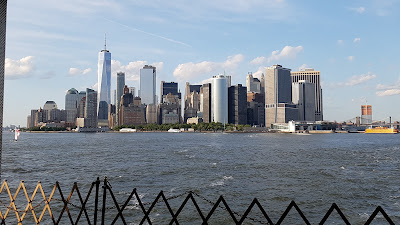 The lower Manhattan skyline from the deck of a Staten Island Ferry. 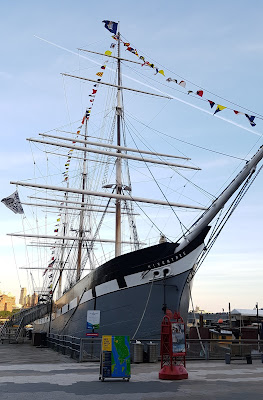 The magnificent clipper ship, Wavertree at the South Street Seaport. 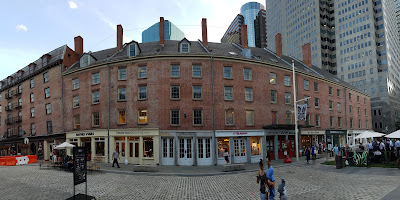 A panoramic view of heritage buildings at the South Street Seaport.

"Why the condensed milk?" I hear you ask (and I'm glad you did). Because there is something definitely not right with the milk that my local store, Frank's Gourmet Market sells. After buying a litre of milk there on a Friday, I found that it had started to curdle by the following Monday. I day later when I decided to pour the rest down the sink, it had practically solidified! That's when I decided to give up on buying fresh milk and try condensed milk in cans and see how I go with those. I will end up paying more for less milk, but then if I am going to throw half a litre of milk away every time I buy the stuff, the cost might be cheaper in the long run anyway.
As for the milk at the supermarket, my guess is that there is nothing wrong with the milk as such when they get it from the manufacturer, but that the fault probably lies with the way the milk is stored before I hits the shelves at Frank's. I'm tempted to let the manufacturer know, but I have better things to do.