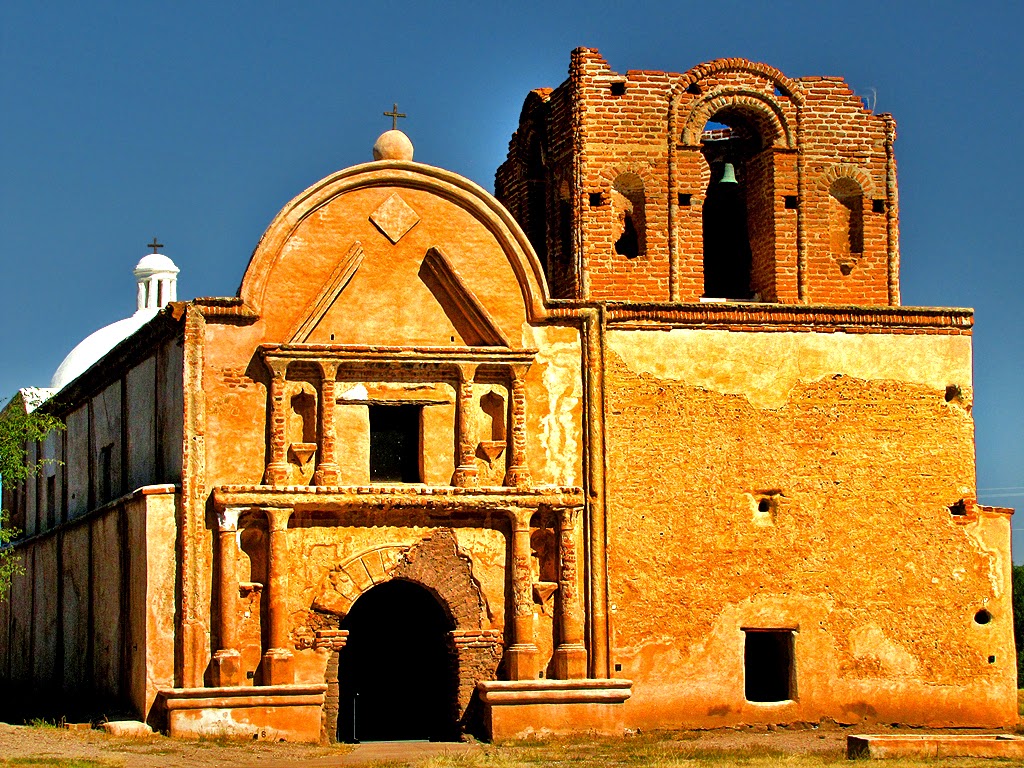 The Spanish Colonial architecture Franciscan church at San José de Tumacácori (seen in the image above) dates to the late 18th century. The earlier Jesuit missions that were established at Tumacácori and Guevavi in 1691 are the two oldest missions in southern Arizona.

The third unit, San Cayetano de Calabazas, was established in 1756. The Guevavi and Calabazas units are not open to the general public and can only be visited on reserved tours led by park staff. The main unit of the park, the Tumacácori Mission, has a visitor center and museum and is open to the public every day except Christmas and Thanksgiving.

More than just adobe, plaster, and wood, these ruins evoke tales of life and land transformed by cultures meeting and mixing. Father Kino’s 1691 landmark visit to an O’odham village when he established Mission Tumacácori was just one event among many. Wave after wave of change has passed across this realm proving the land and its people are not static.


Here's a short photo montage I put together of the main church site: