NYC Day 21: In Which I Visit Robert Rauschenberg at MoMA


Rauschenberg at the Museum of Modern Art
I returned to the Museum of Modern Art this afternoon, planning to catch up on a couple of major exhibitions that I have yet to immerse myself in, and was immediately assailed by thousands of other visitors who had decided to do the very same thing. Talk about crowded! It took me some time to remember that MoMA, like a number of other museums across the city, offer free entry to all-comers on Friday evenings -- and by gawd, they turned out in force.

I spent the bulk of my time examining the very extensive Robert Rauschenberg Among Friends exhibition. As the title implies, not only are visitors treated to a wide range of Rauschenberg's abstract art, but friends such as Andy Warhol, Jasper Johns, Susan Weil, and others are represented in the more than 250 works on show. 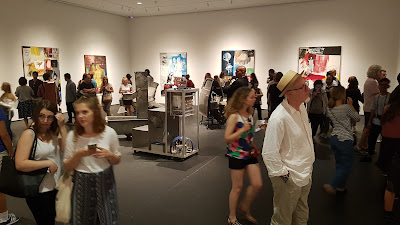 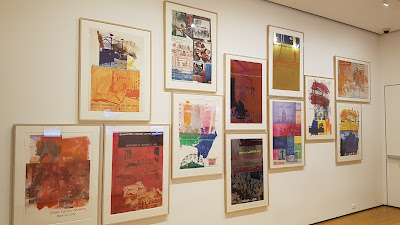 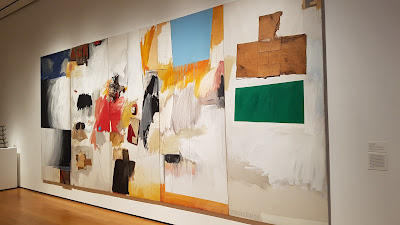 Milton Ernest "Robert" Rauschenberg (October 22, 1925 – May 12, 2008) was an American painter and graphic artist whose early works anticipated the pop art movement. Rauschenberg is well known for his "Combines" of the 1950s, in which non-traditional materials and objects were employed in innovative combinations. Rauschenberg was both a painter and a sculptor and the Combines are a combination of both, but he also worked with photography, printmaking, papermaking, and performance. He was awarded the National Medal of Arts in 1993. He became the recipient of the Leonardo da Vinci World Award of Arts in 1995 in recognition of his more than 40 years of fruitful artmaking. [Source: Wikipedia...] 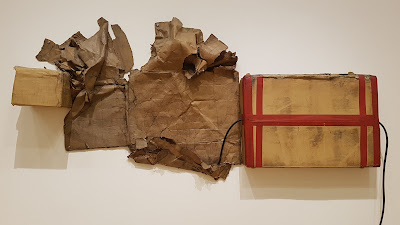 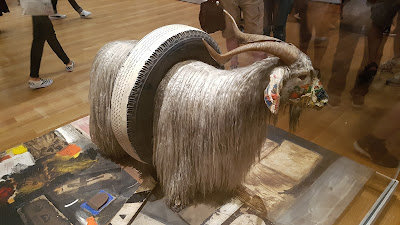 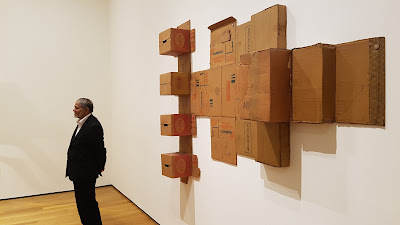 Let me be perfectly frank with you, dear reader, abstract art is not at the top of my list of favorite art styles or genres, and I confess that more than once I have said the same things you have probably said when confronted with some abstract or modern art, "Even I could do that!" The fact that I haven't 'done that', I guess is the difference between myself and Robert Rauschenberg, and it most definitely is the reason that his art is hanging in the Museum of Modern Art (and in many other galleries and art museums around the world), and my art is not!

I would love to be able to explain the intricacies and raison d'etre of Rauschenberg's work, but that is way outside my area of expertise so I will have to leave it to you to do your own research on this area of art and the artists who practice it and who continue to push the boundaries of what art, all art, is.

It's a cop out on my part I know, but I will let Rauschenberg's art speak for itself (now there's a cliche if ever there was.) 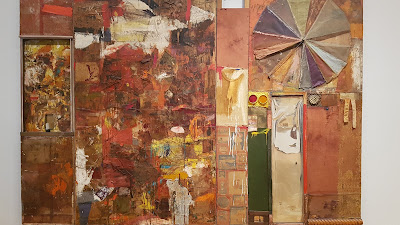 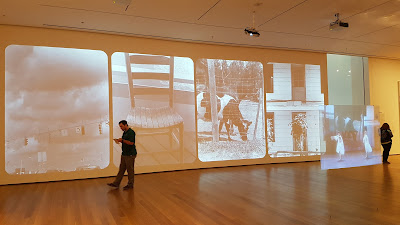 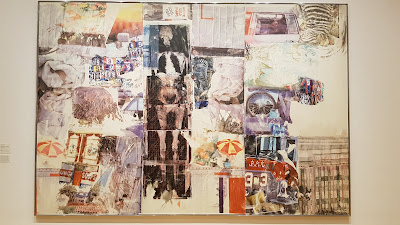 ...
I will also refer you to Wikipedia and share a brief quote from that site on Abstract Art:


Abstract art uses a visual language of shape, form, color and line to create a composition which may exist with a degree of independence from visual references in the world. Western art had been, from the Renaissance up to the middle of the 19th century, underpinned by the logic of perspective and an attempt to reproduce an illusion of visible reality. The arts of cultures other than the European had become accessible and showed alternative ways of describing visual experience to the artist. By the end of the 19th century many artists felt a need to create a new kind of art which would encompass the fundamental changes taking place in technology, science and philosophy. The sources from which individual artists drew their theoretical arguments were diverse, and reflected the social and intellectual preoccupations in all areas of Western culture at that time. [Source: Wikipedia...] 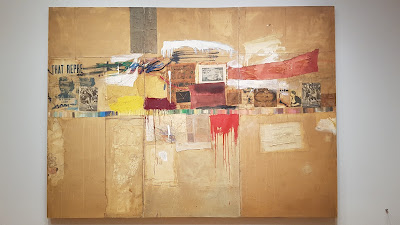 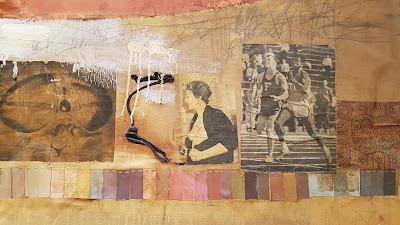 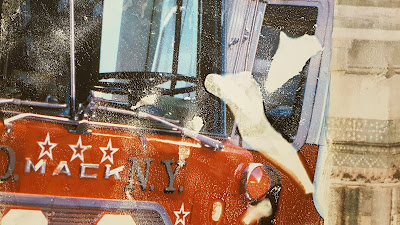