NYC Day 67: In Which I am Eclipsed by The Eclipse 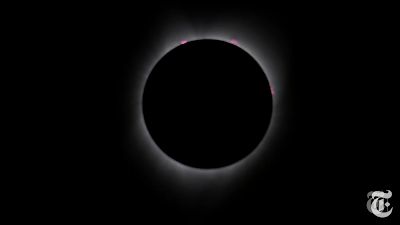 Eclipse screen grab from The New York Times
...
Today was the day that millions, yes, millions of Americans have been waiting for. A total eclipse of the sun began soon after 9:00am on the east coast in Oregon, and made its way slowly across the mid-west before passing out to sea somewhere off the coast of South Carolina late in the afternoon. New York City would only experience about a 70 percent eclipse of the sun, but that did not stop a large part of the population from donning eclipse glasses to view this all too rare phenomenon.

Feeling like I was the only person who had not managed to get my hands on a pair of eclipse glasses I headed off to the American Museum of Natural History (at Central Park West and 79th Street), to see if they still had the special glasses for sale. Of course, they had sold out long before (possibly days before) I got there, and the glasses were not to be had for love nor money. Since I was at the museum, I thought I might as well make the most of the afternoon and visit this mighty institution. 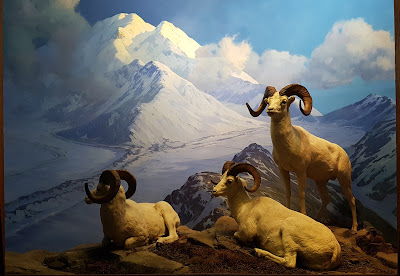 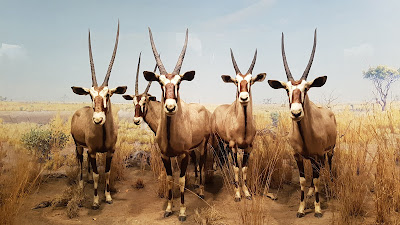 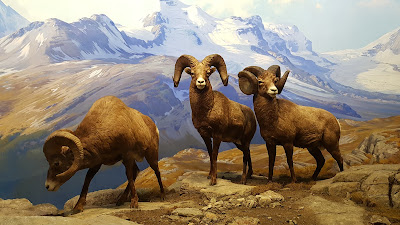 Above: Big Horn Sheep diorama
...
I have been to the museum on two previous visits to New York, but I was keen to take another look at the magnificent diorama's the museum is justifiably known for. There are dozens of these diorama's near the main museum entrance, and all are beautifully maintained and presented. The diorama's went through a major refurbishment in 2011, and today they are even better to look at and enjoy.

Now if you are anything like me, you will look at the dozens of animals represented here and say to yourself, These beautiful creatures should be out running free in their natural environments, and not standing or sitting stuffed and mute behind glass.

And you would be right to say that. And the day may yet come that when the last of these magnificent animals has been wiped from the face of the earth, we will bow our collective heads and weep for our stupidity, short-sightedness, and inhumanity, which has already resulted in the extinction of so many animal species. However... Maybe, just maybe, the thousands of visitors who view these diorama's each year will leave the museum with a greater appreciation for these creatures and their place they occupy in our lives. Maybe. 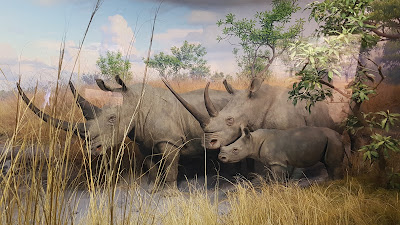 Above: White Rhino, and Below, Black Rhino displays. 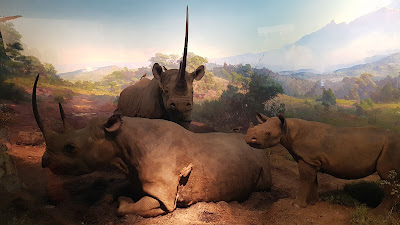 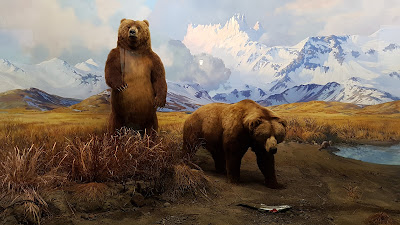 Above: The Alaska Brown Bear display.
...
I like to think that some of these thousands of visitors have gone on to join the fight to protect and preserve the natural habitats that the animals and creatures represented here so desperately need to thrive and survive. If these past and future environmentalists and conservationists can do this then the loss of the animals enclosed in these diorama's won't have been in vain.

By the time I emerged from the depths of the American Museum of Natural History, the partial eclipse of the sun, as it passed over the city of New York, had been and gone and I had missed it completely. C'est la vie! 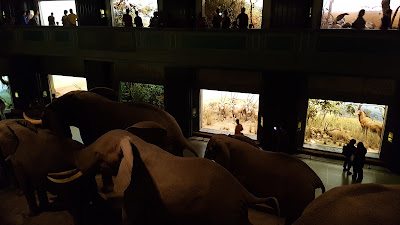 Above: A partial view of some of the diorama's as well as the elephant herd. 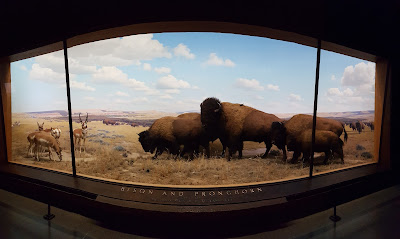 Panoramic images of the Bison display (above), and the Alaskan Moose (below) 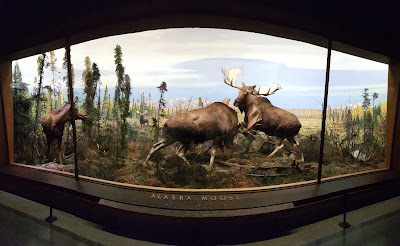 ...
MICHELLE SHOCKED @ CITY WINERY
In the evening I returned to City Winery at 155, Varick Street, Manhattan, for the third and last of the Michelle Shocked album performances, which tonight saw her and her fellow musicians perform in full her 1992 album, Arkansas Traveler.

Michelle was joined on stage with a quartet of young musicians who did an admirable job of bringing the music and songs to life. I got the distinct impression that everyone was 'winging it', and I would be surprised if they had had more than a day or two to run through all the songs together. Nevertheless, they pulled it off, thanks to their professionalism and obvious musical ability.

I should add that initially, the Pete Anderson Trio were due to back Michelle at this show, but for reasons that were never explained they were unable to do so, hence the scratch band that Michelle assembled in their place.

I shared a table with Gladys and Joe, two very amiable New Yorkers. Joe and I were talking about other shows we had seen at City Winery, and he mentioned Loudon Wainwright III, who was a particular favorite. Loudon Wainwright, is the father of Rufus and Martha Wainwright, two performers of outstanding ability in their own right.

As it happens, Martha Wainwright is performing later this week at the Rubin Museum of Art, and when I mentioned this to Joe he immediately went online and booked two tickets for that show. Apparently he and Gladys live just a couple of blocks from the Rubin, and they were delighted and excited to learn about her performance there.

It is little connections like these, with perfect strangers, that make travel so much more interesting, especially for the solo traveler like myself.

Any questions, comments or suggestions? How about complaints or compliments? Let me know via the comments box below.
Posted by Jim Lesses at 2:07 AM