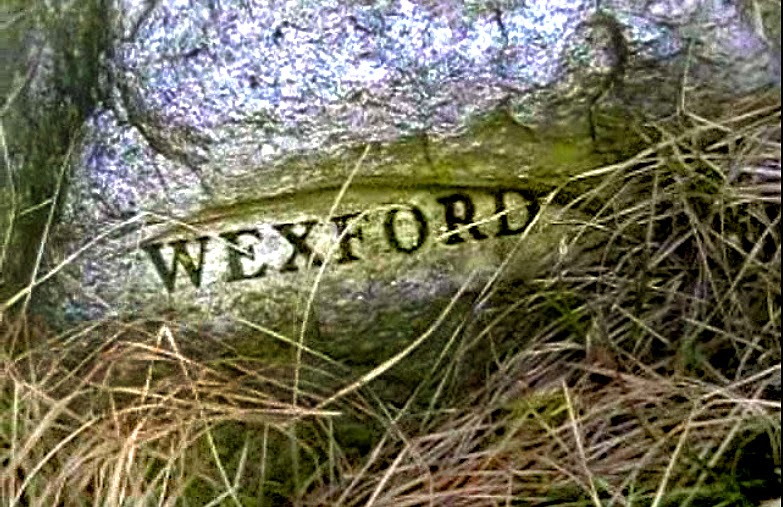 The Irish Hunger Memorial is located on a one-half acre site at the corner of Vesey Street and North End Avenue in the Battery Park City neighborhood of Manhattan.

I stumbled across the memorial during my 2008 trip to New York City and was fascinated by this strange but wonderful memorial to the millions of Irish people caught up in the terrible famine that swept across Ireland during the mid-1850s. The memorial is dedicated to raising awareness of the Great Irish Famine - referred to by the Irish as 'The Great Hunger', which killed over a million people in Ireland between 1845 and 1852.

The Great Hunger" began in 1845 when a blight destroyed the Irish potato crop, depriving Ireland of its staple food. By 1847 millions were starving and dying. Between 1847 and 1852 the famine led to an exodus from the Irish countryside as hundreds of thousands of Irish immigrated to New York. Today, some 800,000 New York City residents can trace their ancestry back to Ireland.

Construction of the memorial began in March 2001, and despite its proximity to the World Trade Center, the memorial was completed and dedicated on July 16, 2002.

The site utilizes stones, soil, and native vegetation brought in from the western coast of Ireland and contains stones from all of the different counties of Ireland. Some of these can be seen in the video below. The memorial also incorporates an authentic rebuilt Irish cottage of the 19th century.

The size of the cultivated area of the Memorial, one-quarter of an acre, is significant. In 1847, Sir William Gregory proposed an additional clause to the Irish Poor Law stipulating that no person occupying land of more than one-quarter acre was eligible for any relief. This law had a devastating effect and contributed to the suffering.

Nearly two miles of text have been installed in illuminated bands that wrap around the base of the Memorial. The text includes some 110 quotations, including autobiographies, letters, oral traditions, parliamentary reports, poems, recipes, songs and statistics.

My chance discovery of the Irish Hunger Memorial was one of the many serendipitous moments I had as I wondered around Manhattan in 2008, and this and many similar moments are what I enjoy most about travel and visiting new places.

The song in the video is The Old Northern Shore, and appears on the wonderful Tom Russell album, The Man From God Knows Where.