I WILL DANCE: The Documentary 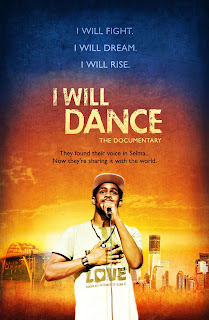 I'm a sucker for dance.

Actually, to be honest, I suck at dancing myself, but I love to watch other people glide around the dance floor. I can not get enough of Fred Astaire and Ginger Rogers, and the other great dancing master, Gene Kelly. Watching them spin, glide, and soft shoe shuffle across film sets and dance floors always brings a smile to my face, and lightens my mood.

So when I saw the I Will Dance Kickstarter project today, I just had to back it. The project is a long way off reaching its final target, but I'm hopeful my modest contribution will help get the documentary across the line.

The company that features in the video is the Random Acts of Theater Co (or RATCo), based in Selma, Alabama. The non-profit organisation behind RATCo is the Freedom Foundation, also based in Selma. When I realised that backing the documentary is not the same as backing RATCo and the Freedom Foundation itself, I also donated directly to the foundation to help support their ongoing work. I tell you this, not because I want to boast, but because I firmly believe that every one of us has the power to make the world a better, more positive place.

Living as I do many thousands of miles away from Selma, Alabama, I may not be able to volunteer my time and expertise directly to the Freedom Foundation and RATCo, but I can make a modest financial contribution towards their ongoing work and projects, and that is what I have chosen to do.

Check out the video below, and if you agree that this project is worth supporting, head over to the project's page and add your donation. You can also donate to the Freedom Foundation via their website, to ensure their work continues to support some of Selma's most disadvantaged youth.


More Information
Freedom Foundation...
I Will Dance on Kickstarter...
Posted by Jim Lesses at 2:01 PM No comments:

I recently discovered the eclectic Twisted Sifter website, and have spent some very pleasant minutes exploring the site's vast collection of blog posts.

Under the Architecture tab today, I looked through Twisted Sifter's Picture of The Day collection and thought it was worth passing on information about the site and this section in particular.

About this image, Twisted Sifter writes:

In this fantastic capture by ZeroOne, we see a pigeon atop the Empire State Building, overlooking New York City below. Perhaps the pigeon is on the lookout for its next meal, or simply contemplating who will feel his wrath as he relieves himself mid-flight. Most likely, he’s just enjoying the beautiful view of one of the world’s great cities.

I don't know from which building the picture was taken, but it was somewhere around Midtown judging by the glimpse of Roosevelt Island towards the top left of the image. Check out the Twisted Sifter site and the many great collections of images to discovered there.

Heads Up: Twisted Sifter...
Photograph by ZeroOne on Flickr...

Posted by Jim Lesses at 4:16 PM No comments:

From Spendthrift to Penny-Pincher 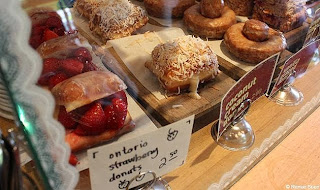 It is interesting how travel―or the prospect of forthcoming travel―can focus the mind, and change long-held habits seemingly overnight. I write about this today, because just last week I bought an early bird return ticket from Adelaide, Australia to Athens, Greece. Although the trip won’t take place until late April, 2014, I am already thinking about the journey, and planning my extended itinerary.

I am also trying to work out where I can cutback and rein in my spending. Obviously, the less I spend over the next seven months, the more I will have to live on when I am travelling. On my iPad 2 I have a copy of Numbers, Apple’s excellent spreadsheet application. For the past year or so I have been maintaining a daily spreadsheet of my expenses under various categories, including groceries, transport, phone and Internet fees and other expenses.

The great thing about maintaining this daily record of expenses is that I can see at a glance where my money is going, and more importantly where I can make savings.

One of the line items in the spreadsheet documents spending which I, for better or worse, call ‘Eats’. This is where I add up expenses such as coffee, sandwiches, bagels, cakes and other light snacks. To my surprise, I recently noticed that for several months I have been spending an average of $250 each month on ‘Eats’. While that doesn’t seem like a lot, if I maintain that spending level, the figure adds up to $3000 a year. Three thousand dollars! I could buy an economy class return ticket to pretty much any city on the planet for that price.

Now you might argue that while that may be true, surely I am not advocating never again buying a cappuccino and cinnamon donut. You would of course, be right. But even if I can reduce that discretionary spending by half, to $1500, I could still purchase a ticket to most places across the world, and in deed, the early bird ticket I bought last week cost me $1620.

While I don’t want to turn into a modern day Scrooge, my goal over the next six to seven months is to focus on the journey ahead, and to reduce my discretionary spending to a level that allows me to enjoy life without feeling like I can’t leave the house for fear of spending a few dollars on myself before departing Australia’s shores.

Feel free to use the Comments section below to share your successful strategies for saving money before long planned vacations. Any suggestions and advice would be greatly appreciated.
Posted by Jim Lesses at 6:59 PM No comments:

Losing my religion? Hardly. More like losing my mojo. After a brief burst of activity towards the middle of the year, it should be obvious that I have again become a lapsed blogger. It's not that I have run out of things to write about. God knows I have plenty of ideas to flesh out and expand upon, and hundreds of photographs filed away on my backup drives with which to illustrate those posts, but I just can't seem to motivate myself to do the work.

However, lately my thoughts have again begun returning to this blog, and today might just be the start of another revival. We'll see.

Last week, I grabbed an early bird ticket for Europe, flying with Emirates on a return flight from Adelaide, Australia to Athens, Greece. The ticket purchase got me thinking about travel in a concrete way, and this may be the motivating factor in getting me back to writing. After all, the thought of accumulating several thousand more photographs on my upcoming trip - photos I may never make use of - seems pointless if I don't at least use some of them on this site.

As sketchy as my travel plans are at this point - seven months out from my departure date - what I do plan is to spend a couple of months back on the Greek island my parents emigrated from in the 1930s. I have written about Ikaria extensively on this site, and will hopefully write more as time goes on. Two of my sisters have returned to live on the island with their children and grandchildren, and it always feels like 'coming home' when I return to the island.

Following my stay on the island, I hope to return to New York City in either July or August for another apartment sitting stint at a friends apartment in Washington Heights. I have watched over the apartment and the two house cats on two previous occasions (in 2010 and 2012), and if the opportunity allows I will be there again in 2014.

From New York City, I hope to travel once more within the United States before again returning to Greece, although it would be good to include a visit to Canada if time and money permits. After that, who knows. Certainly not me. Not at this point anyway. But I'll keep you posted.