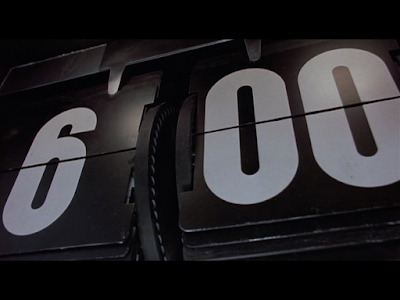 Okay, okay. I know what you are thinking, Who goes to the expense of flying to New York City all the way from Australia, and then makes his principle activity for the day watching movies? To make matters worse, you might add, One of which goes back almost 25 years!

Well, for one, I do, although I hasten to add that I have not come to New York just for the movies, as even a cursory look through my blog posts for the past two months will show. But as I have written before, there is only so much high culture (and for that matter, couture) that one can absorb before one's eyes begin to glaze over and even the most priceless works of art and music are at risk of causing a long, drawn out yawn.

So, off to the movies I went. 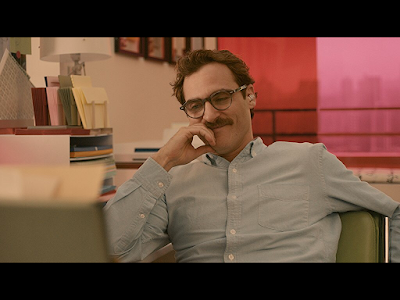 Above and Below: Joaquin Phoenix and Amy Adams in scenes from, Her. 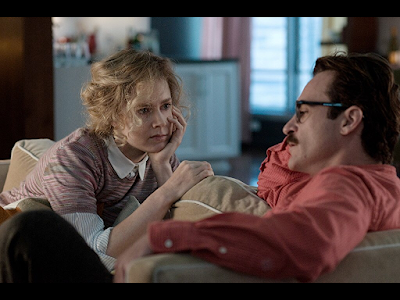 ...
To recap; in preparation for this trip I became an associate Member of the Metropolitan Museum, and a Global Member of the Museum of Modern Art. These designations apply to members who live well outside the city limits of New York City, whether you live in America or internationally. Regarding MoMA membership, not only does this include unlimited visits to the museum, along with many other benefits, but membership also includes unlimited participation in the museum's film screenings.

The current film calendar for August includes 70 movies from 22 countries built around the theme, Future Imperfect: The Uncanny in Science Fiction.


This exhibition of 70 science-fiction films from all over the world--22 countries including the US, the Soviet Union, China, India, Cameroon, and Mexico--explores our humanity in all its miraculous, uncanny, and perhaps ultimately unknowable aspects.

The series looks beyond space travel, aliens and all the other well-known tropes we come to expect from this genre, and focusses instead "on alternate visions of Earth in the present or very near future."

Among the many great English language films screened this month were/are Ex Machina, Donnie Darko, Under The Skin, Shivers/They Came From within, Dark City, Minority Report, Videodrome, Gattaca, and Children of Men. The international films include the timely Days of Eclipse, (from Russia), The Year of The Plague (Mexico), and Pathetic Fallacy (India). Oh, and of course the two films that I saw on this my 66th day in New York. 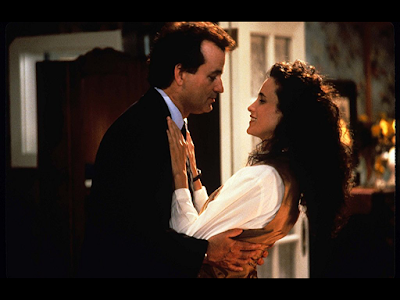 Above: Bill Murray and leading lady Andie MacDowell in a scene from Groundhog Day. 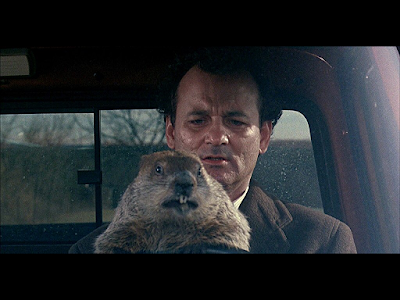 Above: Punxsutawney Phil is about to come to an explosive end!
...
I had missed the Spike Jonze film, Her when it was first released, and being a fan of Jonze, and his principle actors Scarlett Johansson, and Joaquin Phoenix, as well as Amy Adams and Rooney Mara, this was a good opportunity to make up for my initial loss. As for Groundhog Day, I had seen this way back in the day, but had largely forgotten most of the details. Bill Murray is always good in whatever movie he chooses to participate in, and the delightful and delectable Andie MacDowell always brightens up any film she appears in, so I was keen to see the film again. Having done so, I was reminded of just how funny the film was and still is. This is a film that has aged well, and I suspect that film-goers will still be laughing throughout Groundhog Day in another 25 years.

Quite frankly, if you are reading this, and you live in New York City, and you are a keen film-goer and/or cineaste, then you would be crazy not to become a member of MoMA, if only to have access to the hundreds of film screenings that take place throughout the year. While non-members can also attend screenings, they have to pay $12.00 each visit. Individual membership on the other hand costs just $85.00 -- the equivalent of seeing seven movies at twelve bucks a throw. However, do the math, if you attended just one film screening per week for twelve months, you would have saved a massive $540.00 (52x12=$624 -$85 =$540.00). And this does not take into account all the other benefits that come with your membership.

Dual membership is even cheaper per person ($70.00 each). Personally, I think it's a 'No brainer'.