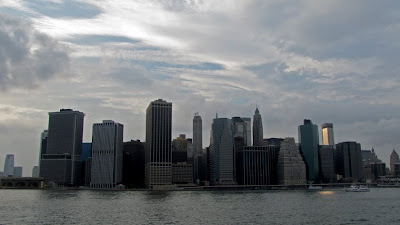 Image: A view of Manhattan from out in New York Harbor
I’ve had a fascination for ships and the sea for as long as I can remember. It eventually reached its zenith in 1971 when I completed a five year apprenticeship as a shipwright with Adelaide Ship Construction. Unfortunately, as a career choice it was a case of too little too late. Towards the end of the 1960s and throughout the 1970s, became the premier constructor of world shipping, and one by one the few shipyards around began shutting down (and my budding career shut down with them).
However, to this day my interest in ships, boating, and a life on the ocean waves has never completely gone away, hence my nine hour outing up the Hudson River to Bear Mountain, and my participation on the Brooklyn Hidden Harbor tour organized by the New York based Working Harbor Committee.
Billed as a tour examining “’s Maritime Past, Present & Future”, this very popular two hour cruise took us under the , and bridges as far as Newtown Creek before returning back down the for an absorbing journey among ’s many hidden inlets, disused wharves, bays and shipping terminals.
Ongoing commentary was provided by Captain John Doswell (Working Harbor Committee), Venetia Lannon (Sr, Vice President, Maritime, of the New York City Economic Development Corporation), and several other people who had an extensive working knowledge of the waterways surrounding .
Venetia Lannon in particular, spoke often about the competing interests fighting over the development of vast swathes of waterfront, on what is clearly prime real estate. As you can imagine, developers are keen to get a slice of the action – and the waterfront – and would love to fill the area with expensive high rise apartments, office blocks, and projects that take full advantage of the stunning views across the towards . 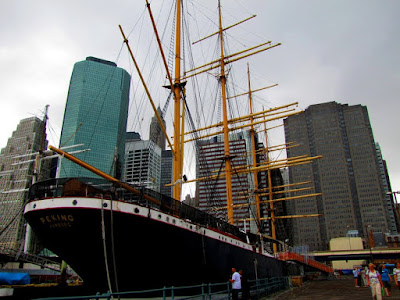 Image: The tall ship at the

Our journey began at Pier 16 at the . This historic district was once a major shipping centre for sailing vessels to and from and other parts of the world, and is well worth a visit in its own right. The museum owns a fleet of historic vessels including the tall ships and Wavertree, the lightship Ambrose, as well as tug boats, schooners and exhibits in Schermerhorn Row and other buildings.

After boarding the Zephyr, we headed out into harbour passing under the iconic . We were informed that beginning sometime in September, the will be undergoing major restoration work that is scheduled to take up to a year to complete! Pity then, the millions of tourists and visitors who will travel to see and photograph the bridge, only to find it obscured by scaffolding and canvas.

Passing under the we cruised past were the Brooklyn Navy Yard is located. It was here at the Navy Yard that the nation's first ironclad ship, Monitor, was built and fitted with its revolutionary iron cladding at the Continental Iron Works in nearby Greenpoint, and in 1890, the ill-fated was launched from the Yard's slipways. 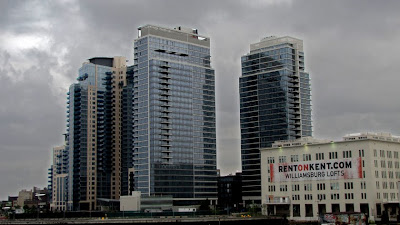 Image: The start of something big – high rise apartments on the waterfront

In short order, here are just some of the tour highlights: Brooklyn Port Authority Piers (soon to become part of the new Brooklyn Bridge Park); the Fulton Ferry Landing, where Robert Fulton began the first ferry service in 1642; American Stevedoring (Brooklyn's only container port); Atlantic Basin (along with Howland Hook in Staten Island), one of only two cargo-handling docks left in the New York City; PortSide NewYork (a waterfront hub in Atlantic Basin with visiting historic vessels, charter and excursion boats, and a rest area for workboats); Erie Basin, so named as it was the southern terminus of the barge trade traffic that extended up the Hudson River through the Erie canal and west to the Great Lakes.

I think it was Venetia Lannon who pointed out that it was still possible to take a small craft up the and along the to the , and from there enter the near , travel down the exiting in , before finally travelling up the east coast back to . I’m not sure if anyone has attempted this trip but it would make a fascinating journey – and documentary.

On we cruised to , passing more prime real estate with great views of lower and Governor’s . Out we went into the harbor anchorage and main channel where ships from all over the world as well as local barges can be seen anchored. This is the main shipping channel that begins in the Atlantic, passes under the Verrazano Bridge and continues north up the Hudson River as well as Brooklyn on the east and Staten Island on the west. 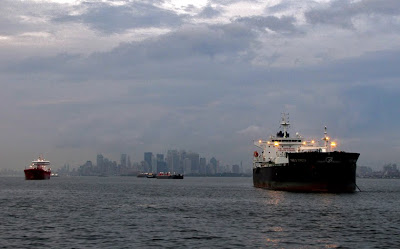 We passed Robbins Reef Lighthouse, whose most famous Keeper was widow Kate Walker. From 1886 to 1919, she kept the light burning and raised two children, rowing them to school on every day. Finally, we paused briefly just off the Statue of Liberty before return once again to Pier 16 and the South Street Seaport Museum, thus completing a fantastic look at parts of the Brooklyn waterfront rarely examined up close by visitors or locals.

I’ve already booked for the Working Harbor of New York and New Jersey tour, featuring the giant container ports in . This tour takes place on 17 August at .

A repeat of the ’s Maritime Past, Present & Future tour is scheduled for 14 September at Tickets for both tours are on sale now, as are tickets for other tours organized by the Working Harbor Committee.

A couple of notes about these boat tours:

Since the Zephyr has at least two decks that are entirely enclosed and safe from the elements, it is my understanding that tours take place, rain, hail or shine! 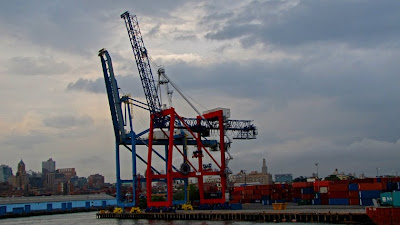