Shakespeare in The Parks 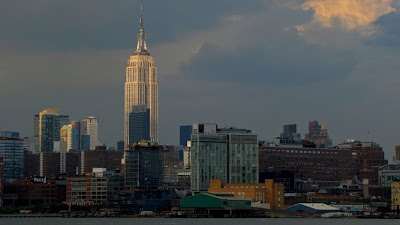 Where would the theatre world be without William Shakespeare? Surely productions of his many plays outnumber all others by a magnitude of… well, who knows? Ten to one, 100-1, 1000-1? Like I say, who knows? I certainly don’t, but I do know there are at least three theatre companies staging Shakespeare in this summer.

The Big Kahuna of productions is the one featuring Al Pacino as Shylock in The Merchant of Venice. This is being staged in . To get tickets to this potentially free performance you have to start lining up at the ticket office early in the morning and then face a wait of six hours or more. Failing that, you can buy a ticket, but even those are in high demand – and short supply.

For those of us who don’t have the patience or time to stand around in 90 degree heat (and 80 percent humidity) for six hours, we can make do with smaller, less prestigious productions. Like the one I saw last night at , in . 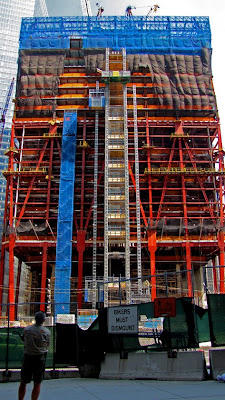 Image: The Freedom Tower rising high over the site of the former WTC

I found myself in Hoboken (the childhood home of Frank Sinatra) by indulging my habit of randomly taking some form of public transport, and discovering what lies at the end of the line. In this instance, having visited the 9/11 Memorial near the site of the former twin towers of the , I made my way over to the and its views looking down into the massive building site from where the new has already risen some 20 floors above the ground.

On the side of the is a ferry terminal servicing various locations along the side of the river. I bought a round-trip ticket ($11.00) to and boarded the ferry for the quick 10 minute trip.

Walking along the park that lines the shoreline I eventually found myself at , and soon noticed something was afoot. All was revealed when a local theatre group, the Hudson Shakespeare Company, began setting up for a free Shakespeare in The Park performance of Much About Nothing.

Directed by Tony White, who also takes on the roles of Dogberry/Verges, the 13 member cast battled valiantly to hold our attention against numerous distractions including helicopters, passenger jets, emergency service vehicles, buses and cars, and a spectacular lightning display from the massive rain-bearing clouds building up over . At least the dogs where well behaved, and generally kept quiet throughout. 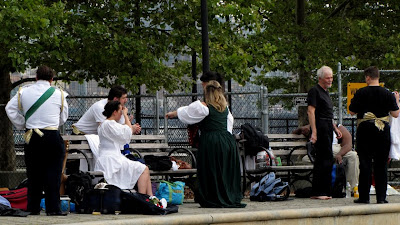 Image: Thespians prepare for Much About Nothing

King Lear or Henry V it ain’t, but before a stage furnished with the barest of props (five chairs, and two sheet covered screens), the gallant company worked hard to overcome heat, humidity and lack of amplification to bring us this somewhat light piece of Shakespearean fluff. All cast members performed competently throughout, although Bjorn Pederson (as Claudio), and Mary Regan (working hard as Balthazar, Friar, and Watch) struggled at times to project their voices over the constant background noise.

After a performance last around two hours I headed back to the ferry for the ride back to , only to learn that the last ferry had ceased running (sailing?) This was just after . And I had already paid for the trip! Luckily, the ferry terminal was located in the same area as the PATH train terminal, so I was able to board a train back to the WTC, and from there catch a train home – just as the skies over lower began to open up and unload their contents onto the streets – and people – below. 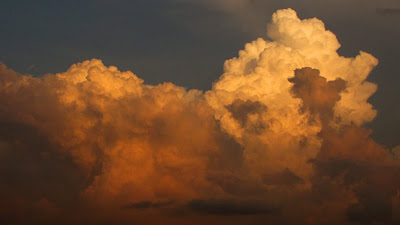