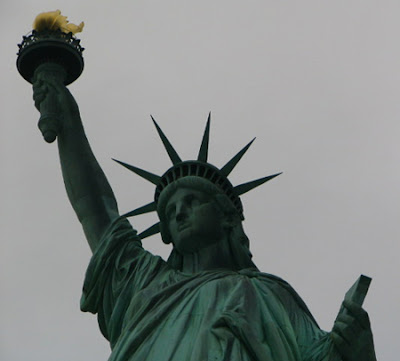 ...
It is with a real sense of déjà vu that I write this today, because it is almost exactly a year ago that I took part in one of the New York Working Harbor Committee’s ‘Hidden Harbor’ tours along the Brooklyn waterfront. I wrote about this trip in a previous post so I won’t repeat myself too much here.

With regard to New York City’s harbor, the Working Harbor Committee (WHC) exists to “…strengthen awareness of the working harbor's history and vitality today, and its opportunities for the future, by:
· Involving people in learning how the harbor works and what it does;
· Educating people in the rich and challenging history of the harbor;
· Making people aware of the need to build and sustain the working harbor.”
(Source: Working Harbor Committee…)

To this end, the WHC arranges a series of tours, dubbed ‘Hidden Harbor Tours’ throughout the warmer months of the year – typically from May to October. Tours always have guest speakers and commentary from knowledgeable experts who have worked extensively on New York harbor, all of whom are able to shed extra insights into the history and hidden secrets of the areas you cruise through.

As I am on the WHC’s mailing list, I get regular monthly updates and reminders about upcoming tours and events. Reminders that only serve to make me miss New York City and its magnificent harbor even more, now that I am ten thousand miles away in Australia. Even more so, as I shiver through a freezing Adelaide winter, and think about the heat and humidity of a New York summer.

Although the next Hidden Harbor Tour is tomorrow (July 12), and therefore almost certainly too late for anyone reading this to take advantage of, there are several more tours scheduled for the remainder of the year, and I thought they were worth bringing to your attention if you were going to be in New York City between now and the end of October.

Departs from Pier 16 at 6:15pm (at the end of Fulton Street, South Street Seaport).

This tour passes by the Red Hook Container Terminal and visits Erie Basin, home of Hughes Brothers Barges and Reinauer Tugs before crossing the harbor toward Staten Island. It then enters Kill Van Kull, the area's busiest waterway dividing Staten Island and Bayonne, passing tug yards, oil docks and marine repair facilities. It then passes under the Bayonne Bridge and visits the giant container ports of Newark Bay, Port Newark and Port Elizabeth where the world's largest container ships tie up. On the way back, we pass by Military Ocean Terminal, the 9/11 Teardrop Memorial, the Robbin's Reef Lighthouse and another container port, ending up at sunset at the Statue of Liberty for a moment before returning to Pier 16. 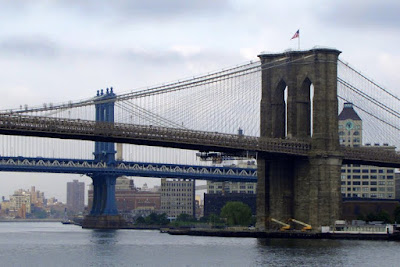 Departs from Pier 16 at 6:15pm (at the end of Fulton Street, South Street Seaport).

This tours goes north (actually east) on the East River to the former Brooklyn Navy Yard, passing under the Brooklyn and Manhattan Bridges. The Navy Yard has three large graving docks and an active shipyard, as well as the home port of FDNY's fireboat division. We then travel south along the Brooklyn waterfront, passing the new Brooklyn Bridge Park and the Red Hook Container Terminal, Atlantic Basin, and Erie Basin, home of Hughes Brothers Barges and Reinauer Tugs. We continue into Gowanus Bay and along the Sunset Park waterfront, home of the former large Bush Terminals. We then cross over to the Statue of Liberty at sunset for a moment before returning to Pier 16.

There are many more tours in August, September and October, so make sure you check the full list at the Working Harbor Committee (WHC) website.