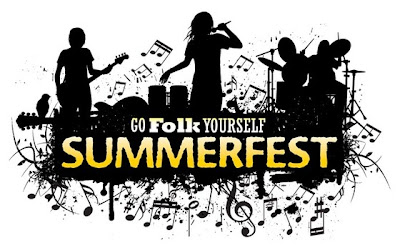 The idea works like this: individuals or groups seeking funding for their personal projects post details and offer a range of incentives to financial backers in the hope they will raise enough money to see them complete whatever project they are working on.

Kickstarter
In essence, Kickstarter is a great way to fund creative projects. The organisers behind the site believe that a good idea, communicated well, can spread fast and wide, and that a large group of people can be a tremendous source of money and encouragement. The internet of course, is perfectly suited to this type of concept, and the rise of Kickstarter, and similar sites, is a testament to the collective power of the internet, coupled with social networking and the ability for internet users to safely and securely make micro payments as low as one dollar.

Why do people, like myself, support projects? Some support projects because the know the people behind the project, others like me do it because they are hooked by the idea and the concept behind a particular venture. Still other people will support a project for the rewards offered by project creators, and so it goes.

Since Kickstarter is focused on creative projects, it is a great way for artists, filmmakers, musicians, designers, writers, illustrators, explorers, curators, performers, and others to bring their ideas to life.

Scammers and Charlatans
“But wait a minute,” I hear you say, “what’s to stop people raising money for a non-existent project and simply pocketing the money.”

While there are no absolute guarantees that project creators will actually follow through and complete their projects, let alone start them, there are some safeguards built into the whole process. For a start, project creators have to ‘sell’ their ideas to potential backers. They do this by keeping in constant contact with backers through regular email and video updates and other forms of electronic contact. You can write to project organisers and ask them questions, or leave public comments on the project page, and interact with them in other ways.

In addition, most people seeking funding for their projects come to Kickstarter with a past history of work in the project area they are raising funds for. For example, if a band is raising money for their latest album, they may have already released other albums, or at the very least have a band website you can check out. They may also have Facebook, MySpace and Twitter profiles in the bands name where you can check that they are who they claim to be.

None of this guarantees that a project is legit. However, given that project organisers need to set a minimum of 30 days (and in many cases 60 days) to raise money for their ventures, backers have plenty of time to follow the project and withdraw their support if they think someone is running a scam.


NOTE: If video doesn't load click on link to view on the GFY Kickstarter page
Go Folk Yourself (GFY) is a Music Video Newsblog that promotes independent artists in Brooklyn. This volunteer organization has organized over 15 shows in the past year, and is now planning to throw a free festival showcasing the best of Brooklyn’s independent and folk musicians!

Each show they produce is posted online, and the organization has its own website and YouTube page. Reading through the information on their Kickstarter page, reveals several video’s, updates, and a breakdown of the budget they have put together for their GFY Summer Fest.

As of this writing, the Go Folk Yourself Summer Fest has 43 Backers, $1,705 in pledges, and 26 days to reach their target of $5,500. If they don’t reach their target, project funding fails, and backers are not billed for their pledges.

To learn more about the way you can support Kickstarter projects, or start your own, make sure you read through the Frequently Asked Questions. As I wrote a few weeks ago in a piece called  It Doesn't Take Much to Make a Difference, there are a host of great ideas out there looking for support and funding, and Kickstarter and other sites like it make it easy to do this with a minimum of fuss and risk.