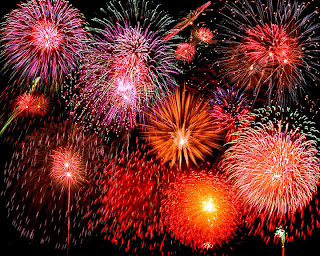 It’s traditional to offer some homilies and reflections at the end of one year, and at the beginning of a new one, and being a bit of a traditionalist I am happy to add my few words to the millions that have been written already, or to those that are being uploaded across the Internet as we speak.


Last year was not the best in my extended family, coming as it did with the loss in May (at age 70), of an older brother, George. There was also the untimely passing of a brother-in-laws much loved mother, and family matriarch, Maureen (who lived a long and fulfilled life of 91 years). Of course, all deaths are untimely, when it comes down to it, but Meg, as she was affectionately known by one and all, passed away just a couple of weeks before Christmas, and any death close to Christmas seems to have more impact than if it had occurred well before significant events that are normally celebrated by most families, or the larger community.


There were other deaths along the way, all of which served to remind me that I am not getting younger, and that if I am going to make the most of the rest of my life I need to focus my time and attention where I can get the most benefit out of the years ahead. Of course, life marches to its own beat, and it has a way of getting in the way of our best laid plans – no matter how carefully we have made our arrangements.


So for myself, the new year begins with much reflection and the hope that last year’s farewells will be the last I am going to see for some time. The new year also begins with the promise – and planning – of new journeys. Next week I head to Melbourne for a five week house sitting stint, and in July and August I should be apartment sitting in New York City. Then there is a much anticipated return to my ancestral home on the Greek island of Ikaria – and another stay in Paris, France would not go amiss either.


Dear reader, life is finite. The clock is ticking.


Travel blogs are filled with comments from readers wishing that they too could embark on journeys they have been daydreaming about, in many instances, for years.


If this sound like you, take heart. You can have your cake and eat it too – but you will have to decide on your priorities. You will almost certainly have to sacrifice something to make your dreams come true. And you will again, almost certainly, have to overcome many doubts and fears to bring your dreams to fruition. You will also encounter naysayers, sceptics, and critics who will argue that the world is filled with dangers lurking around every corner – as if watching an hour of the evening news doesn’t reinforce that time and time again.


Then there are others who argue that you need to knuckle down and focus on finding a life partner, or family, or career, or homebuilding, or making a fortune, or [add your own inner nagging voice].


Ignore them all. Travel blogs are also filled with articles from people – young and old – who have decided to live the dream they have been nurturing for many years, and who have left the 9-5 rat race behind to travel the world, in many instances for years at a time.


Some work their way from country to country, others busk or perform on city streets and subway station platforms. Travellers can join a wide variety of networks and organizations filled with friendly people that are happy to offer accommodation and advice for the passing traveller. All this information and more is available online via the monitor or portable device you are reading this post on right now.


Make a plan. It doesn’t matter if your plan is to travel in five years instead of five months. The important thing is to make a plan and stay focussed on it. Nurture it. Feed it. Grow it. Read, research, make notes, make plans, make contact with fellow travellers, and aim to put some money aside each week until you reach your ultimate goal – and departure date.


I say again – life is finite. The clock is ticking.