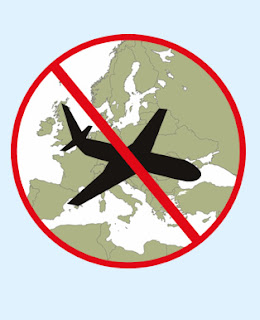 ~ Sadly, there have been a spate of airline accidents recently, which has prompted me to look into airline safety standards and the organisations that police them.

While the European Union and its work with safety authorities in other countries to raise safety standards across the world, there are still some airlines operating in conditions below essential safety levels. To improve safety in further, the European Commission – in consultation with Member States’ aviation safety authorities – has decided to ban airlines found to be unsafe from operating in European airspace.

These are listed in a 16 page PDF document which includes all airlines banned from operating in , and airlines which are restricted to operating in under specific conditions.

It is important to note that the civil aviation authorities of Member States of the European Community are only able to inspect aircraft of airlines that operate flights to and from EU airports. As they point out on their website, it is not possible to check all aircraft that land at each European Community airport. The fact that an airline is still able to fly in and out of countries that make up the EU, does not automatically mean that it meets the applicable safety standards.

Please Note: Not every airline in the countries listed above faces bans or restrictions. Download a PDF file here to see which airlines in the above countries are facing bans and restrictions in the European Community.

The United States Federal Aviation Administration (FAA) established the International Aviation Safety Assessments (IASA) Program in 1992. Unlike the European Union, the FAA's assessment program focuses on a country's ability, not the individual air carrier, to adhere to international standards and recommended practices for aircraft operations and maintenance. These standards have been established by the United Nation's technical agency for aviation, the International Civil Aviation Organization (ICAO).

By looking at a countries ability to comply rather than an individual airlines ability to comply with international safety stands, the FAA is essentially saying that travellers should be careful with every national airline flying out of say, Bangladesh and Belize – not just some of them.

Click here to download an International Aviation Safety Assessments (IASA) spreadsheet of countries whose airlines do, or do not meet IASA standards (spreadsheet in Microsoft Excel format).

It is important to note that these lists are updated on a regular basis. Countries or airlines that are currently listed may be removed from these bans, and new ones added. It is important to use these lists as a guide only, and decide for yourself whether to risk flying with one of the carriers facing bans or restrictions.