The Week That Was #3 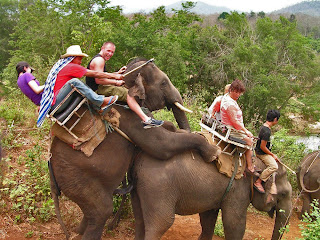 ~ Welcome to my weekly collection of The Odd, The Useful, and The Downright Bizarre.

The Odd: San Fermin ‘Running of the Bulls’ Festival. Yes, it is that time of the year again, when thousands of Spanish citizens and international visitors try their luck, and risk their lives at the nine-day San Fermin Festival.

More popularly known as the Running of the Bulls Festival, the event is currently underway in . Each year dozen of participants are injured and occasionally some die as a result of their involvement in the daily runs. In fact, since 1924, 15 people have died and over 200 have been seriously injured in the event.

The Useful: Trip Advisor Forums. Sometimes, even I can be a bit slow on the uptake. So when I discovered the Trip Advisor Forums on the Trip Advisor website recently, I knew I was amongst friends. I have no idea of the number of forums on the site, but certainly there must be thousands, since every major region in the world has its own section on the site, and those regions are subdivided into smaller sections, which are in turn subdivided into smaller zones, which ... well, you get the picture. If you are planning a visit to (or for that matter), you will find a forum with members willing and able to answer your questions and provide useful advice. Highly recommended.

Travel agents must have thousands of stories to tell (both hilarious and horrifying) about their clients. Like the holidaymaker who said he felt inadequate after seeing an aroused elephant, which in turn ruined his honeymoon. Or the tourist who complained that “the beach was too sandy,” and another upset when they discovered fish swimming in the sea. Huh?

In another complaint a British guest at a Novotel hotel in said his soup was too thick and strong, not realising he had been supping from the gravy boat. In an even stranger twist, one traveller blamed a hotel for her pregnancy. "My fiancé and I booked a twin-bedded room but we were placed in a double-bedded room. We now hold you responsible for the fact that I find myself pregnant,” the guest said. “This would not have happened if you had put us in the room that we booked."

Other complaints included “there are too many Spanish people in ” and “too much curry served in restaurants in ”.

Wherever you are, whatever you are doing – enjoy the rest of the weekend.

Click above image (if you dare) to view full size…