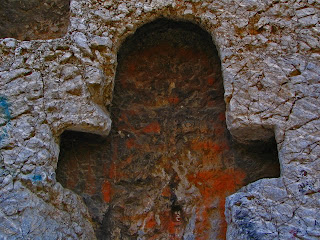 The Hostel Bookers website is featuring a number of cities where they say you can see 10 things for $10. That is, ten dollars per selected attraction or event. Well, more or less.

I’m not sure about the math, and I guess it all depends on the exchange rates you achieve at the time you are travelling, but I like the idea behind the series. It is good to know that not everything has to be a constant attack on your credit card whenever you travel.

There are cheap things to do in every major city in the world, and in fact, using the resources of the internet, you can easily find a host of free things to do in all the cities selected for these online features.

So far, the site has created lists for the cities of New York, Edinburgh, Paris, Barcelona, Rome, Athens, Amsterdam, and London.

The articles focus on the not quite ‘top tier’ attractions. Sites that might be your second choice, rather than your first. For example: instead of fighting your way through the thousands of tourists swarming over the Forum and the Colosseum in Rome, they recommend a visit to Ostia Antica, the remarkable ruins of ancient Rome’s port city.

In Athens they suggest a visit to the Agora (market) that surrounds the Acropolis, and I agree. I spent several hours exploring this area and was surprised by the many ‘hidden’ treasures this site holds. Developed in the 6th century BC, the Agora was once the focal point of Ancient Greek society. It was here that Socrates first talked philosophy and where tried to convert people to Christianity.

I can also vouch for the full English Breakfast they recommend on the London feature. I would start each day with the ‘Builder’s Breakfast’, which as its name suggests is a meal fit for the British working man. For £5, you can expect each ‘Full English’ to consist of bacon, eggs, sausage, baked beans, fried tomatoes, toast and a large pot of black tea. It may not be the healthiest way to start the day, but it was cheap, filling, and enough to see you through several hours of brisk walking around ’s busy streets.

I can only say, I wish I had the information in my hands before I visited , and , last year. especially, I found to be very expensive, and if it hadn’t been for the fact that museums and galleries offer mostly free entry, I’m not sure that I would have been able to see very much at all during my all too brief stay there.

Thankfully, was much more wallet friendly, and I was surprised at the range of reasonably priced attractions on offer. Of course, there is so much to see and do in New York anyway, that you could spend days, and weeks, simply walking around that great city before you felt a need to pay to see the major attractions that virtually every tourist or visitor has on their list of ‘must see’ sites.

Anyway, if you are heading to any of the cities listed, take the time to explore the links to your location of choice and see how much money you can save by visiting some of the recommended sites.