NYC Day 49: In Which I Hit Up Harlem For The Black Culture 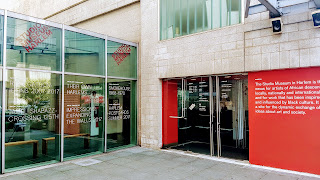 Click on images to view full sized
...
Apart from attending a couple of Wednesday Night Amateur Night events at the Apollo Theater in Harlem, I have not made time to check out some of the fine cultural institutions that Harlem is well known for. And as much fun as Amateur Nights are, the focus, understandably, is on music, not on politics. So today was the day I changed my focus from pop to politics.

My first stop of the day was the Studio Museum in Harlem (at 144, West 125th Street). Currently there are nine small, but important exhibitions underway at the Studio Museum, many of which are due to end this month (on August 27th, 2017). In fact by the time you read this, the exhibition Regarding The Figure will have wound up on August 6th. You still have several weeks to take a look at Rico Gatson's delightful series, Icons 2007-2017, featuring dozens of well known African-American icons, all of whom have multi-colored lines shooting out from various areas of their bodies like rays of sunshine. 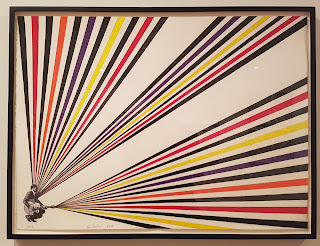 'Chuck' Just one of Rico Gatson's many images, this one featuring Chuck Berry
... 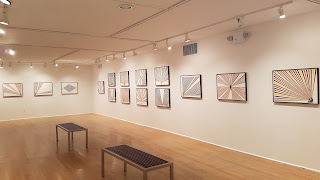 Above: General view of the Rico Gatson exhibition which closes August 27, 2017. 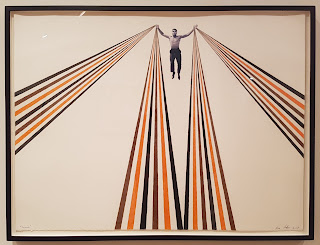 The Studio Museum in Harlem is the nexus for artists of African descent locally, nationally and internationally and for work that has been inspired and influenced by black culture. It is a site for the dynamic exchange of ideas about art and society.

The Studio Museum in Harlem was founded in 1968 by a diverse group of artists, community activists and philanthropists who envisioned a new kind of museum that not only displays artwork but also supports artists and arts education.

The Studio Museum in Harlem is internationally known for its catalytic role in promoting the works of artists of African descent. The Artist-in-Residence program was one of the Museum’s founding initiatives, and gives the Museum the “Studio” in its name. The program has supported more than one hundred emerging artists of African or Latino descent, many of whom who have gone on to establish highly regarded careers. Alumni include Chakaia Booker, David Hammons, Kerry James Marshall, Julie Mehretu, Wangechi Mutu, Mickalene Thomas and Kehinde Wiley. 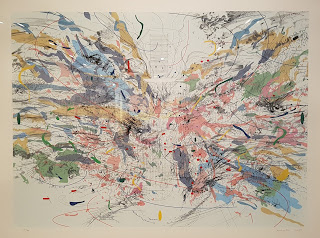 Above: Julie Mehretu's 2004 piece, Entropia at Studio Museum in Harlem.
...

The New York Times recently ran a feature on the artist Julie Mehretu (mentioned in the previous paragraph). She has indeed gone on to establish a "highly regarded" career, with her latest project, two monumental canvasses having already sold for $4.6 million. 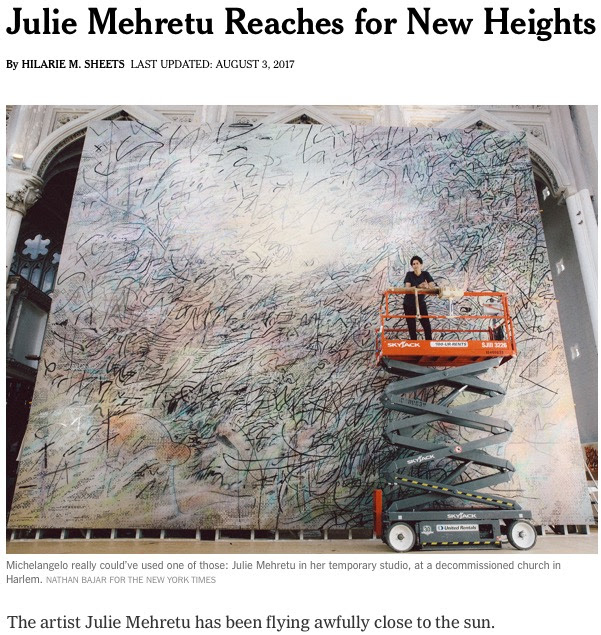 Above: One of two, new monumental works currently underway by Julie Mehreetu. Out of interest, if her work Entropia was placed at the foot of the above work, it would be not much bigger than one of the wheels on the lifter she is standing on. Read the New York Times article here...
...

The Studio Museum serves as a bridge between artists of African descent and a broad and diverse public. A wide variety of programs bring art alive for audiences of all ages—from toddlers to seniors—through talks, tours, art-making activities, performances and on- and off-site educational programs. Museum exhibitions expand the personal, public and academic understanding of modern and contemporary art by artists of African descent. 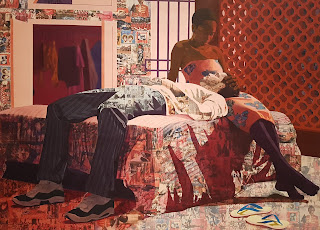 Above: Nwantinti, 2012, by the Nigerian artist, Njideka Akunyili Crosby. 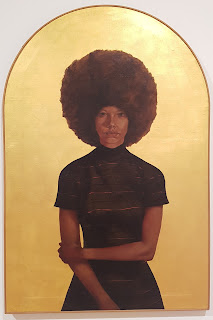 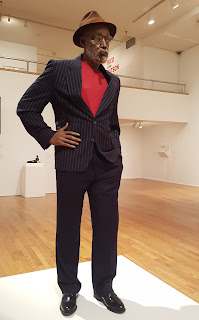 The Museum also is the custodian of an extensive archive of the work of photographer James VanDerZee, the quintessential chronicler of the Harlem community from 1906 to 1983. 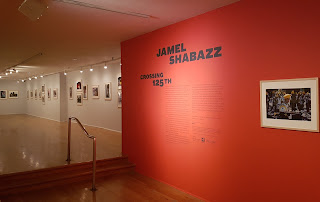 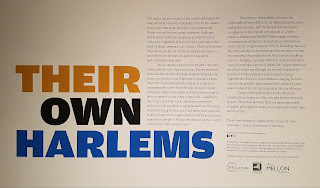 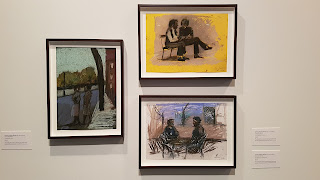 Admission
Adults $7.00
Seniors/Students $3.00
Free for members and children under 12
Free every Sunday thanks to the support of Target

Acknowledment: Thanks to the Studio Museum in Harlem website for the background information contained in this post.

From the Studio Museum in Harlem I went up to 135th Street and spent some time in the Schomburg Center for Research in Black Culture, but as I had to cut my visit short, I will return for a longer visit in a week or so and write about that center then.