Four Seasons in One Day 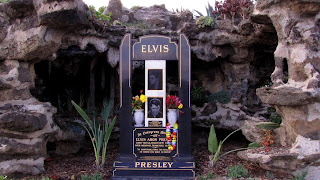 . Tim Finn was right. Mind you, I don’t know if he was writing about exactly when he wrote Four Seasons in One Day, but the song’s title perfectly sums up ’s weather since I got here a week and a half ago.

Take today as an example. Cloudy and grey at first, then several hours of brilliant sunshine. Just as I got ready to head out for a while it started pouring with rain, so I sat down again to read a couple more chapters of Barack Obama’s first book, Dreams From My Father. An hour or so later, with the sun shining brightly in the early afternoon sky, I stepped out for a coffee and some lunch. Half way through my meal, I watched as a heavy shower of rain, washed the streets of Fitzroy North. Fifteen minutes later as I walked ‘home’, again bathed in sunlight, I couldn’t help but hum the Crowded House song whose title heads this entry.

So what have I been doing between bouts of sunshine, rain, and my last entry? Hanging out mostly. Walking into the city and back again – a round trip of 12-15 kilometres. Window shopping. . Catching up on season one of The Wire. Checking out the open mic at the Empress Hotel just down the road. And discovering the final resting place of Australian Prime Ministers, renowned explorers, and the Elvis Presley memorial (see image), all located in the Melbourne General Cemetery along Lygon Street, Carlton North.

See, that’s the thing about extended vacations. About slow travel. You have the time to undertake weird things like walks through cemeteries, book reading, and just hanging out enjoying the location you are in. You don’t have to rush about trying to hit every major attraction or tourist trap just because that’s what every other visitor does, or because it is expected of you.

This time around, I am spending three weeks in . Since I don’t have my own car, I will not get out of the city or the inner suburbs, but that’s fine by me. I’m happy just to hang out and take it easy. This is like the vacation you have when your not really having a vacation. It gives me time to think about the real journey that I am undertaking at the end of the month. My trip to .

I feel like I’m conserving my energy and ideas for . Not to mention my money. And in winter, is certainly preparing me for summer in . I can hardly wait, but wait I must.

In the mean time, it is threatening rain again here, and I’m settling down for a night in with the final two episodes of season one of The Wire. See you down the track…