TED on Tuesday: Curiosity, Cinema, and a Trek to the South Pole 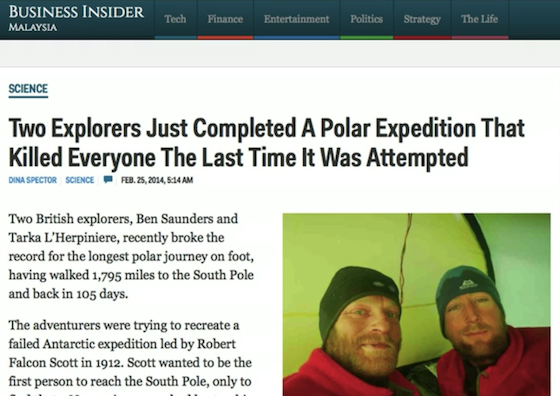 Last week in my regular TED on Tuesday post, Ben Saunders -  Trek to The North Pole or Stay at Home? I featured two inspiring talks by Ben Saunders, an English adventurer who has pushed his body to the limits while trekking to both the North and South Poles. In that post I only included his TED Talk recounting his trek on skis to the North Pole. In todays post I have decided to include his talk recounting the extreme challenges he and his companion faced trekking to the South Pole

To the South Pole and Back [17.00]
This year, explorer Ben Saunders attempted his most ambitious trek yet. He set out to complete Captain Robert Falcon Scott’s failed 1912 polar expedition — a four-month, 1,800-mile round trip journey from the edge of Antarctica to the South Pole and back. In the first talk given after his adventure, just five weeks after his return, Saunders offers a raw, honest look at this “hubris”-tinged mission that brought him to the most difficult decision of his life. 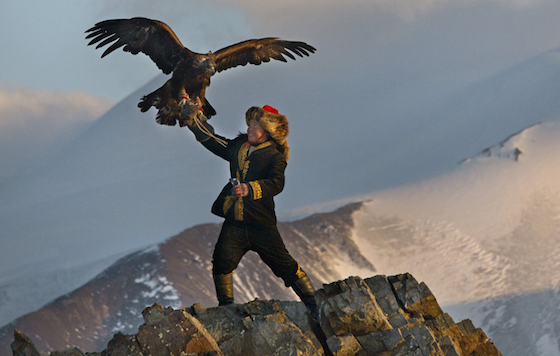 TED on Tuesday: Curiosity and Cinema: The Story of “The Eagle Huntress”

The second talk is by Otto Bell, the film maker behind the highly successful documentary, The Eagle Huntress. My review of this film, At The Movies: The Eagle Huntress, has been quite popular since I first posted it, and I thought readers would be interested to learn the story behind the film from the director himself.

In this TEDx talk at Wake Forest University, Otto Bell explains just how curious he was about the Kazakh culture and why he felt the need to document the Kazakh way of life.

Bell is the director of more than 15 documentary films, which have taken him all over the world. Most recently, he directed “The Eagle Huntress,” a documentary about a 13-year-old Mongolian girl who challenges the male-dominated Kazakh tradition of male eagle hunters. This film, which won eight awards and 18 nominations, is being remade as an animated feature at 20th Century Fox, and was recently named to the Oscar documentary feature shortlist. Bell holds and maintains a Green Card for “Outstanding Contribution to American Arts and Media.”


This talk was given at a TEDx event at Wake Forest University using the TED conference format but independently organized by a local community. Learn more at http://ted.com/tedx