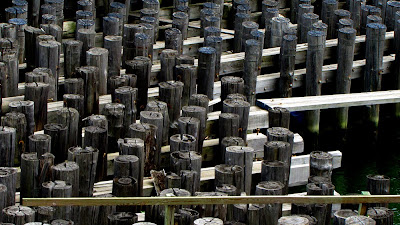 Recently I spent around ten hours out and about in and to my surprise, and delight, only expended $20 during the whole outing. Here’s how I did it.

during summer is awash in free events and activities. From Summer Stage in Central Park to the River to River Festival across the Downtown area of the city; from the numerous free events in Bryant Park and the Lincoln Center, to the free outdoor screenings of popular movies across a number of locations; from the free ride to Staten Island on the Staten Island Ferry, to the Celebrate Brooklyn events in that borough – the list goes on and on.

My planned schedule of events and activities for Wednesday, July 21 included: Paul-Andre Fortier: Solo 30x30 (one of a series of thirty, 30 minute dance works); the Henry P. Warner Jazz Quartet (at Trinity Church); a trip to Staten Island, where I planned to spend at least 2-3 hours; a walking tour of the South Street Seaport; and finally, a performance by the Jamaican recording artist, Burning Spear. All of these events and activities were free. As if that wasn’t enough, I had also penciled in a visit to an open mic night at Coogan’s Bar to round out the day!

In the end, I missed the dance performance, but instead caught 30 minutes of music from two Columbian twins who perform under the name Gimagua. Although jazz is not my forte, I enjoyed the excellent set from Henry Warner and his associates at , before walking down to the ferry terminal for the free 30 minute trip to . And for reasons I am about to explain, I also missed the South Street Seaport walk and Burning Spear – and somewhere in my overheated, sweat soaked condition completely forgot about the open mic. 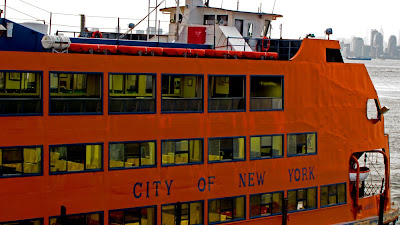 Now you have to understand that 99.9 percent of visitors taking the trip to do so because it is free, and because it allows them to get excellent views of the Statute of Liberty. An added bonus is that you also get great views of the bottom end of as the ferry crosses over to the island and when it makes the return trip. Having reached , this 99.9 percent then disembark, walk back around to the main hall, and wait to board the same ferry back to ! And that is the extent of their visit to . The other 0.1 percent of visitors like myself (these are my guestimates, I should point out), actually decide to at least explore a little bit of St. George, the main town on the island – and that is what I preceded to do.

Since it was by now around and I hadn’t eaten since breakfast, I went in search of sustenance. I found a little café and ordered a Mexican Wrap and a coffee. For some reason the coffee was free, which was fine by me, and I didn’t refuse the offer a top-up from the owner who also gave me a small bottle of water – also for free! My bill for this Wrap, two coffees and bottle of water was $7.00.

Having recharged my cells, I headed off into the humidity to explore St. George. I walked up and down a couple of ‘main’ streets, and eventually discovered a thrift shop. On a whim, and looking for something to do, I went in and after browsing around for ten or fifteen minutes walked out with a five dollar t-shirt. I don’t know why I bothered really, since a few days earlier I had bought three t-shirts for $10.00, but I felt a need to spend money on something.

I then looked at a map of and decided it was time to jump on a bus and ride it to the end of the line. The longest route across the island seemed to be on the s74 bus, from St. George to Tottenville. To my surprise, the trip was longer than anticipated, which I suppose is another way of saying the island is a lot bigger than it looks, and after a journey lasting well over an hour, I alighted in Tottenville. 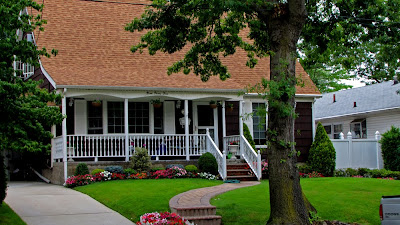 I spent 20-30 minutes walking around Tottenville, when wouldn’t you know it – along came an s78 bus making the return trip to St. George. To my delight, the return trip ‘up’ the island took an alternate route to the previous one, so I got to see different scenery on the drive back. However, this bus run also took over an hour to complete. By the time I reached the ferry terminal at St. George and was able to board the next ferry back to it was , and my initial 2-3 hours of explorations had turned into six hours!

By the time I reached around I was more than ready to call it a day, and headed straight for the subway for the long ride up to the station.

Which I completely missed.

Which meant I had to get out at and walk back down to my digs at 186 Street.

Now with the time approaching 9.30pm and me approaching meltdown, I stopped by a local Chinese take-away and ordered chicken and black bean sauce with rice ($5.00) and stumbled back to the apartment to eat.

Not bad, even if I do say so myself.