NYC Day 7: Michelangelo at the Oculus, Georgia O'Keeffe at The Met Museum


MICHELANGELO AT THE OCULUS
Day seven saw me make my first foray below Midtown, where I went as far as Fulton Street, and went to the Oculus, that soaring transportation hub that covers a network of subway lines and PATH train lines link Manhattan with New Jersey. Coincidentally, a major display of large scale reproductions of scenes from Michelangelo's Sistine Chapel frescoes had began that very day. It costs $15 to get up close and personal with the panels, but people can get a reasonably good look at the works without having to pay. However, the closer the experience, the better I would suggest. Having said that, I elected not to get up close and personal, but will do so before the exhibition ends on July 23. 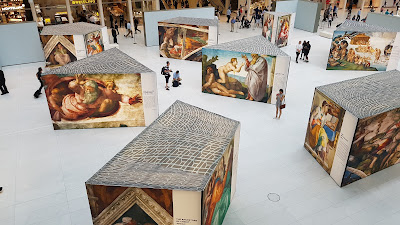 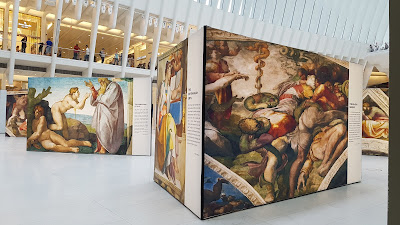 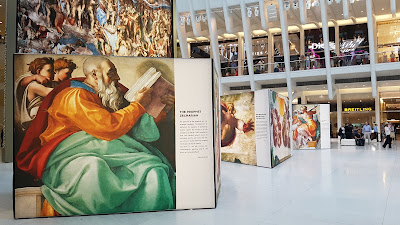 NEW 10.5" IPAD VERY ENTICING
Finding myself within sight of the Apple Store at the Oculus, I simply had to stop in and check out the new 10.5" iPad Pro. I am finding increasingly difficult to ignore the Siren Song of the new iPad, and I have a sneaking suspicion that it won't be too long before I treat myself to the latest iteration of that amazing device. 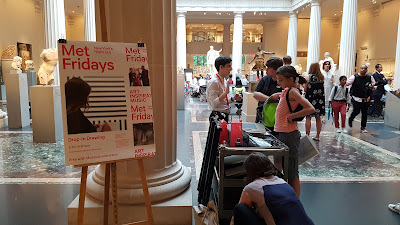 THE MET MUSEUM
After a late lunch I headed to the Metropolitan Museum for my first 2017 look at that major institution. Despite the several hours I spent there, I never got much further than a few rooms on the first floor. Specifically, I spent most of my time in the Greek and Roman sections, while using my smartphone to listen to audio guides associated with some of the art works. 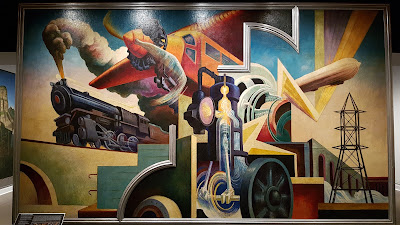 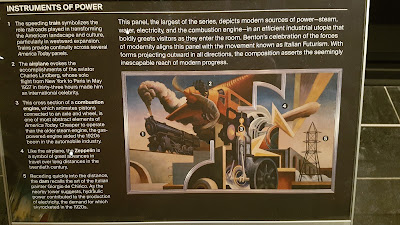 I eventually made my way to the Modern and Contemporary Art wing where I was delighted to find Thomas Hart Benton's magnificent America Today series depicting aspects of American life as he saw it during the early 1930s. I also stayed until 7:30pm, long enough to participate in a talk about Georgia O'Keeffe's Cow's Skull: Red, White, and Blue, one of her best known works. 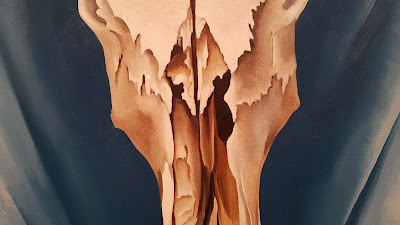 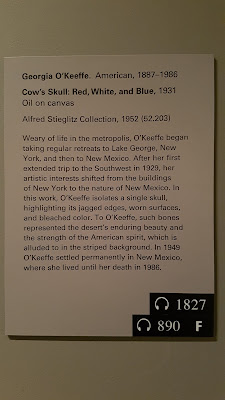 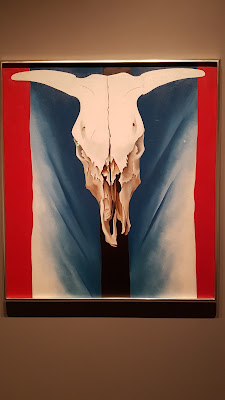 I could have stayed on until 10:00pm and participated in a Members Only tour of one of the major exhibitions, but by 7:30 I was way past hanging around until 9:00 when the event was due to start.
Posted by Jim Lesses at 12:15 AM