TED on Tuesday: Ben Saunders - Trek to The North Pole or Stay at Home? 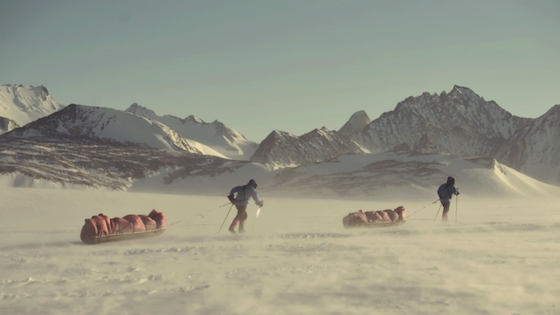 Ben Saunders is one of those all too rare individuals who has taken life ‘by the horns’, to use a well-known phrase, and pushed his mind, body and spirit to what the rest of us would consider to be the limits of human endurance. To Ben Saunders, his monumental treks to both the North and South Poles were about testing himself and his ability to live his life to its fullest.

The two TED talks below complement each other well. The first talk, Why did I ski to the North Pole?, was filmed in 2005, the year following this successful venture. In the second TED talk, Why bother leaving the house?, recorded in 2012, Saunders explains the reasons for embarking on his epic Arctic and Antarctic treks.

There are lessons in both these talks for everyone, and maybe the most important one of all is that we are all capable of far more than we have ever allowed ourselves to image. It is certainly true that the vast majority of the human race uses just a fraction of the huge potential inherent in each of us—and yes, I am including myself in this assessment.

Ben Saunders urges audiences to consider carefully how to spend the “tiny amount of time we each have on this planet.” And while we may never aspire to push ourselves to the same limits that Saunders has tested his own abilities, I hope these talks will inspire you (as they have me), to challenge yourself to do, and be more than you ever thought you could possibly be.

Ben Saunders is an explorer of limits, whether it's how far a human can be pushed physically and psychologically, or how technology works hundreds of miles from civilization, his message is one of inspiration, empowerment and boundless potential.

“Humbly framed as the ambitious undertakings of an ardent athlete, [Ben's treks offer] visceral first-hand accounts of just how much things are changing in the Arctic -- the 'barometer of global climate change.'” — Worldchanging.com