Surf’s Up on The Weekly Web 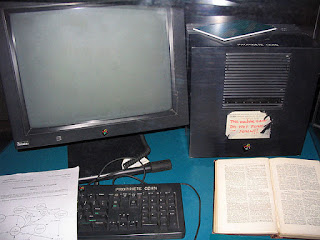 I don’t know about you dear reader, but I spend far too much time online. Some of my online discoveries find their way onto this blog in some shape or form, while others make their way to my Twitter feed and Facebook page. I have so many sticky notes cluttering up my desktop that I thought I might try a weekly Surfing The Web round-up of the best items I find online each week, and share them here. Speaking of surfing the web, I can’t think of better way to kick off this post than with an article looking at the beginnings of the internet.

The Life and Times of the World Wide Web
My internet service provider is the source for this Out Of The Archives piece about the origins of the Internet, or the World Wide Web as it was initially referred to by Tim Berners-Lee, the man who had the bright idea to begin the project in the first place way back in 1989. Some much has changed in the few short years since the advent of the internet, that it seems odd to think this groundbreaking, world-shaking service has been around for less than 30 years.

By the way, the image seen above shows the world’s first internet server. I don’t know what the specs for the computer were, but I suspect they were not all that great when compared to today’s super fast computers with their almost unlimited storage drives, and ultra-sharp display monitors.

Read the full blog post here and make sure you follow the link to the world’s first web page. 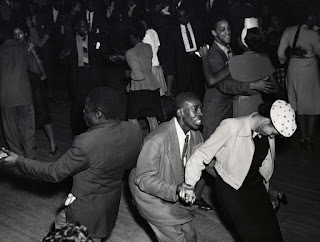 For “the greatest city in the world,” New York has appallingly few places to dance. The next time you find yourself confined to toe-tapping to a tinny Top 40 song in a sports bar, or clutching an $11 Heineken in a booming EDM hall, you can thank the city’s cabaret law, a 90-year-old edict that despite being racist in origin and outmoded in practice, remains a very convenient cudgel for the city to wield against local businesses. Many valiant attempts to repeal it have been made over the years. None have succeeded.

So begins a piece by Lauren Evans in a recent issue of The Village Voice, one of the most venerable of New York City’s free ‘street’ papers. Lauren goes on to report that the law, which dates back to 1926. In its current form, the cabaret law prohibits dancing by three or more people in any “room, place or space in the city... to which the public may gain admission,” and includes “musical entertainment, singing, dancing or other form[s] of amusement.”

- o0o -
Jimmy Breslin: The Last Word
I discovered the writing of Jimmy Breslin less than twelve months ago, and I have been making up for lost time ever since. At last count, I have eight eBooks by Jimmy Breslin on my iPad, and I am working my way through all of them slowly but surely. Sadly, Breslin, who was 88, died earlier this year after long and illustrious career in journalism, which he followed up with an equally illustrious career as an author of (mostly) crime novels, which drew on his many years as a reporter in New York City.

Here is an obituary from the New York Times that provide more information about this man. If you are into reading, I highly recommend that you seek out his books in printed form or in electronic form. You won’t be disappointed.

Vancouver Island’s enchanting quarry gardens
Quarries are not generally noted for their elegance, but the glorious Butchart Gardens on Vancouver Island show a makeover at its very best. Amanda McInerney paid a visit the Butchart Gardens on Vancouver Island, off the coast of Canada. The gardens have been developed on the site of an exhausted quarry owned by Robert Butchart. In 1909, when the limestone extraction was completed, Robert’s wife Jenny set about turning the quarry pit into a sunken garden.


Read the full article here…
Posted by Jim Lesses at 11:25 AM