A Shiny New Ride Above the Sand at the Jersey Shore
The repercussions of the shocking destruction wreaked by Hurricane Sandy late in 2012, is still being felt along the eastern seaboard of the United States, with some damaged infrastructure still waiting to be permanently fixed. Just in time for the coming summer season, one of these rebuilt projects sees the replacement to one of the Jersey Shore's most famous attractions. Nick Corasaniti takes up the story for the New York Times.

SEASIDE HEIGHTS, N.J. — It was one of the indelible images of the wrath of Hurricane Sandy: a famous Jersey Shore roller coaster reduced to a twisted, mangled wreck in the surf off Seaside Heights, its decades-old iron and steel slicing the coming waves.

It was removed months later, but the gash along the coast remained for years, the emptiness above the rehabilitated pier an ever-present reminder of the worst natural disaster to strike New Jersey in decades.

Now, perhaps quicker than some expected, there is a new coaster where the old one once stood. And this one is different. Gone are the classic dips and turns of the rickety old Jet Star, the thundering vibrations of its cars rippling through the boardwalk wood.

In its place is a shiny new ride that looks as if it was plucked from the fields in nearby Jackson, where the Six Flags Great Adventure theme park sprawls for acres. Called the Hydrus, it is a twisted green behemoth, featuring a steep inverted drop, a full loop and two more inversions. The coaster’s new tracks run eerily silent, the faint hums of the rail car often drowned out by the high-pitched squeals of riders. 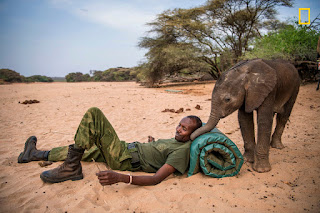 Kenyans Work To Save Baby Elephants
Back in March, in a piece about ending the slaughter of elephants I wrote about the ongoing campaign to protect these magnificent creatures from poachers. The following article from the HuffPost continues the positive news about this vital fight.

“We take care of the elephants, and the elephants are taking care of us.” Jesselyn Cook, World News Reporter, HuffPost

Had the members of northern Kenya’s Samburu tribe encountered an injured or abandoned baby elephant a year ago, they likely would have left it to die. Today, with the support of the Reteti Elephant Sanctuary, locals are working to save endangered calves.

Photojournalist Ami Vitale traveled to the baby elephant orphanage to document community relations with the animals for National Geographic. Reteti opened in August as part of a network of community groups in the region working to foster sustainable development and wildlife conservation. Elephant keepers there try to rehabilitate wounded calves and reunite them with their herds, when possible.

Elephants are ecosystem “engineers,” Vitale notes. They feed on low brush and bulldoze small trees, which promotes the growth of grasses and attracts other grazing animals.
But ivory poachers have caused elephant numbers to dwindle, with the African elephant population plummeting by more than 110,000 over the past decade, according to the International Union for Conservation of Nature. At least 33,000 elephants are killed for their tusks annually. 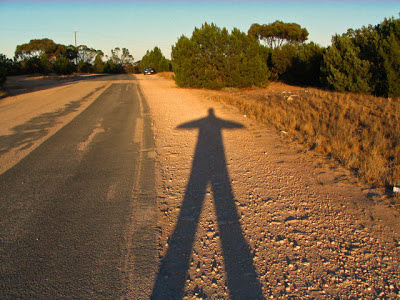 Travel Fatigue: 10 Tips for Road-Weary Travelers
My go to website for the Solo Traveller which I thought might be useful for those travellers who enjoy the luxury of extended travel.

Travel fatigue is a kind of rattled feeling. It’s a need for stability and a wish for home. Fortunately, there are things other than returning home that you can do to feel good.

Among the eleven suggestions: