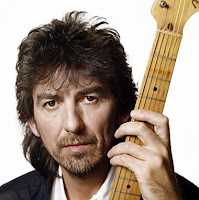 Another selection of slide shows and video’s that have caught our attention and interest while trawling across the far reaches of the Internet over the past week. Enjoy…

If it is anything like Scorsese’s brilliant 2005 doco, Bob Dylan: No Direction Home, the 210 minute (3 1/2 hour) two-part documentary will be pretty much everything a George Harrison fan could wish for.

The film, which was five-years-in-the-making, premiered over American Labor Day weekend at the Telluride Film Festival, and coincides with the 10-year anniversary of Harrison's death in 2001 from lung cancer. The documentary, which will begin airing on HBO starting October 5th, was made with the full support and cooperation of Harrison’s widow, Olivia, and son Dhani, and includes interviews with her, Ringo Starr, Paul McCartney, Tom Petty, Klaus Voormann, Terry Gilliam, Eric Idle and Eric Clapton, among others.

Below you can see the official trailer for George Harrison: Living in the Material World.
...
...
Read the full Rolling Stone article here…


-o0o-
Highlights of Harlem (slide show)
Starting with the City College of New York, and ending with the Harlem Market, the Travel Channel has put together a 17 stop slide show of the some of the best landmarks that Harlem has to offer. In between you get the iconic Apollo Theater, the Hue-Man Bookstore (said to be the largest African-American bookstore in the country), a selection of restaurants and eating establishments (Make My Cake, Chill Berry, and Food for Life Supreme), and arts and cultural institutions (the Studio Museum in Harlem, Lenox Lounge, and the Maysles Cinema).