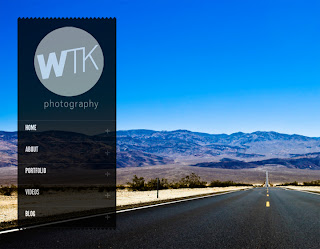 So much to see – so little time. Thankfully we can at least get a glimpse of the world’s amazing wonders through this incredible window called the Internet.

Wesley Townsend Kitten, the principle behind WTK Photography has created a series of great videos, many of which showcase his hometown – the city of San Francisco.

The following video, The City, produced by Wesley, is a time lapse composition that was a year in the making. Begun in June, 2010 and finished in August, 2011, it uses (according to Wesley), about 28,000 frames and 85 different shots – although all the frames weren't used in the final video. It’s a remarkable look at a remarkable city.

The City from WTK Photography on Vimeo.

Bonnie and Clyde – The Hollywood Myth
Bonnie Elizabeth Parker (October 1, 1910 – May 23, 1934) and Clyde Chestnut Barrow (March 24, 1909 – May 23, 1934) were well-known outlaws, robbers, and criminals who traveled the Central United States with their gang during the Great Depression. Their exploits captured the attention of the American public during the "public enemy era" between 1931 and 1934.

Though known today for his dozen-or-so bank robberies, Barrow in fact preferred to rob small stores or rural gas stations. The gang is believed to have killed at least nine police officers and committed several civilian murders. The couple themselves were eventually ambushed and killed in Louisiana by law officers. Their reputation was cemented in American pop folklore by Arthur Penn's 1967 film Bonnie and Clyde. ~ Source: Wikipedia...

Bonnie and Clyde – The Brutal Reality
Who knows where these clips are sourced from, or how people get hold of them, but here is a two minute film shot soon after the final ambush and shootout that finally killed Clyde Barrow and Bonnie Parker.

The remarkable thing about the footage is that Bonnie Parker’s body can been seen, still slumped against the body of Clyde Barrow as police go about their work of securing the scene, documenting the shootout, and emptying the car of weapons (two sawed-off shotguns, two “machine rifles”, ten automatic pistols and fifteen-hundred rounds of ammunition!