The Joy of Travel 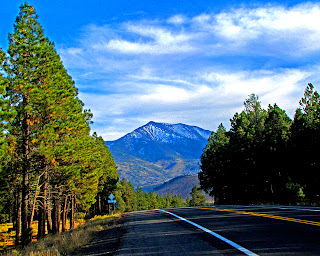 Now that I am slowly readjusting to life back in Adelaide, I am beginning to process the experiences and encounters I made during my latest three month American trip (July 30-October 22, 2012). Generally, it is only after some time and distance has inserted itself between the travel and the homecoming that I am really able to fully appreciate and reflect on the events, encounters and experiences I had while on the road.

While family members and friends are becoming used to my long absences, some are still amazed by my extended solo journeys, and what appears to be my ability to pass through ‘alien’ territory without harm or hindrance. I hasten to add, that America is hardly alien territory for me, since it has always been a part of my life in some way through the medium of television, movies, books, music, and other forms of popular culture. However, there is a big difference between absorbing American culture from the comfort and safety of a home in Australia, and experiencing it first hand.

I am delighted to report that once again I can honestly say that I did not encounter one threat or dangerous situation during this or my two previous visits to the United States. And this, despite a seemingly endless series of media headlines that trumpet the latest mass shootings, hurricane, tornado, or other major disaster – man made or otherwise that seems to infect America. On the contrary, I met people from many walks of life, and all have been friendly, interested in my journey, and very welcoming, even to the point of offering to host me in their homes if my path took me to the city or town they resided in.

My latest trip took me by road and rail from New York City to Lancaster and Harrisburg, Pennsylvania, and thence to Washington, DC., Savannah, Georgia, New Orleans, Tucson and Flagstaff, Arizona, and finally to Los Angeles. I was lucky enough to enjoy extended stays of three weeks each in New York City and Tucson, and shorter stays of ten days in Savannah, and around five days each in New Orleans, Washington, DC., and Lancaster/Harrisburg.

Once again I travelled by Greyhound Bus, but I also thoroughly enjoyed the relative luxury of long distance train travel via the Amtrak Rail network. I say ‘relative luxury’ because my budget did not stretch to the full luxury of a sleeper compartment. Never the less, compared to bus and air travel, I very quickly came to appreciate the luxury of extra leg room, restaurant cars, observation decks, and the ability to walk pretty much unhindered up and down the length of the train.

I will have more to say about all the above in due course, but for now – it’s good to be home again. While I hope to be house sitting again in Melbourne early in the new year, I suspect I will be staying close to home for the next twelve to eighteen months before heading off again for yet another extended journey to… well, I won’t get ahead of myself. A lot can happen between now and then, but whatever happens, I hope I never lose the joy of travel. See you down the road.
Posted by Jim Lesses at 2:03 PM No comments:

So here I am, still jetlagged and feeling muddleheaded, adjusting once again to being back in Adelaide, Australia after my latest three month extended travels through America.

The route map above, plots out my trip from New York City to Los Angeles, California, although the map doesn’t show my day trips out of Flagstaff, Arizona, from where I headed out each day in my hire car to the Grand Canyon (twice), Sedona and environs, and up to Monument Valley, Utah.

This completes my third visit to the United States in six years, and I’m delighted to say that once again, I had a great trip, during which I met many friendly locals, and spent more time in hotels than I have ever had the dubious pleasure of doing so before now. However, just to be clear, I did not drive myself across America. The route outlined above was shared between several Greyhound Bus rides, and what is left of the great Amtrak rail network, as well as the afore mentioned car hire.

Over the coming weeks and months I will begin to process the encounters, the highlights (and low-lights), and the hotel stays, and try to encapsulate my experiences via this blog. I have thousands of photographs to sort through, discard or enhance and utilise here, and more hours of video footage than I can ever hope to examine, edit, shape and put to good use in some way, shape or form. But what’s a traveller to do? The answer I guess, is to take each story as it comes and try to extract the heart out of each experience, and write about it in a way that will be of interest and use to readers who stumble on this blog.
Posted by Jim Lesses at 1:52 PM No comments: 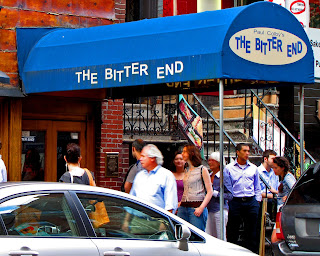