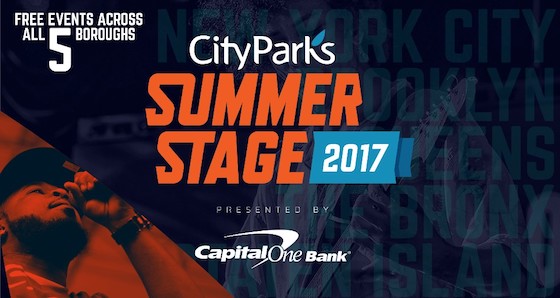 SummerStage 2017
SummerStage is New York City's largest free performing arts festival, bringing more than 100 free performances to Central Park and neighborhood parks throughout the city. Since its inception, more than six million people from New York City and around the world have enjoyed SummerStage, turning parks into vibrant destinations for the arts.

Programs like SummerStage, and other similar events such as the Lincoln Center Out Of Doors series, are why I love to visit New York over the hot summer months. There is a huge smorgasbord of free or low-cost events to select from, and to enjoy and participate in.

As in previous years, the 2017 SummerStage season features more than 100 free performances across 16 neighborhood parks. The first major free event of the summer takes place in Central Park on Saturday, June 3, with a performance from gospel legend Mavis Staples. I was delighted to see Mavis and her brilliant musicians perform as the support act for Bob Dylan last year in New York, and I would love to be at the June 3 show. Unfortunately, I don’t arrive in New York until later in the month.

Coming up later through June and the summer are alternative hip-hop trio Digable Planets, the 25th anniversary of the Charlie Parker Jazz Festival in August, featuring an expanded four days of performances including the Joshua Redman Quartet, the Anat Cohen Tentet, and many more.

Visit the SummerStage website to get full program details & watch the official SummerStage season announce trailer below. While you are there, don't forget to become a SummerStage Member!

{Lower Manhattan Cultural Council}Open Studios inspire local residents and workers in the neighborhood by connecting them to artists, new ideas and perspectives, and other art-lovers to demonstrate the role that artists play in creating vibrant, sustainable communities.

This initiative is a year-round series of events that brings audiences closer to the creative process and can take several forms, ranging from visits to visual artists’ studios to open rehearsals with performing artists and talks that engage artists and other creative practitioners in conversation about their work. LMCC encourages audiences of all ages and backgrounds to engage with creative work and the individuals who make it, on a personal level, leading to a deeper appreciation for the process of creativity and an understanding of the role artists play in their communities. 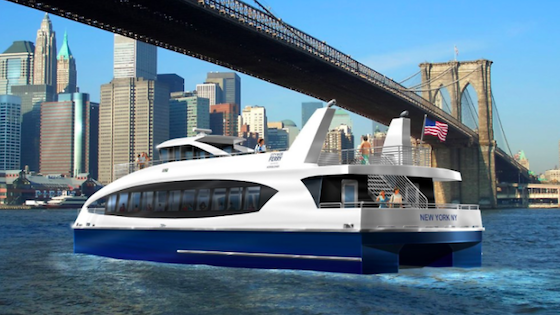 NYC Ferry a Month Ahead of Schedule
New York City Mayor, Bill de Blasio announced recently that the first route in New York's eagerly-awaited and much expanded ferry system will be launching on May 1, one month ahead of its initial scheduled date. The announcement also noted that the system will be donning a new name. Rather than the Citywide Ferry Service, the network will be named "NYC Ferry," which rolls off the tongue a bit easier. The city even put together a cute new video that features the ferry's new logo and projected opening dates for each of the system's routes (give it a watch below).