New York City’s official website has just released its Official Guide to Spring in New York. This 254 page pocket guide to the city has pretty much everything you need to get you through a long, or short stay in the Big Apple.

The guide is divided into numerous sections. After in introductory section focusing on the city’s five boroughs; The Bronx, Brooklyn, Manhattan, Queens, and Staten Island, there is a roundup of Must-See attractions, Fast Facts, Calendar & Free Events, and This is New York City.

From there the guide provides valuable information on Transportation, Hotels, Shopping, Sightseeing & Tours, Arts & Culture, Museums & Galleries, Dining, Nightlife, Sports & Wellness, and finally, Services. Of course, the obligatory map of the New York subway system is also included. All in all it is a great resource, especially for first-time visitors to the city, and I’m sure visitors returning for their second or third trip will also find the guide useful.

You can download the New York City Guide as a free PDF (24.5Mb), here, or you can order print copies of the guide here.

Artifacts From Foley Square
Razi Syed, writing for Our Town Downtown, has an interesting article about some of the historical artefacts unearthed at Foley Square, which was once the heart of the notorious Five Points section of Lower Manhattan, and one of the most poorest and most dangerous neighbourhoods in New York City.

Five Points was built upon the remains of Collect Pond, which provided much of Manhattan’s water until the early 18th century.

“It was this gorgeous, freshwater pond that we jokingly call ‘The Hamptons of 17th century New Amsterdam.’” said Seth Kamil, who runs Big Onion Walking Tours, which provides tours of the city’s historic districts and ethnic neighborhoods. “There were farms and summer cottages.

“It was this 60-foot deep lake, and then it was drained and became Five Points,” Kamil said.

By the late 1800s, the city acquired and razed many of Five Points’ worst buildings. Urban planning resulted in the construction of city, state and federal buildings over the early to mid-1900s. 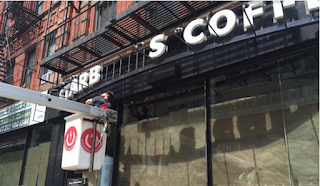 Tony Danza Laments Closure of UWS Starbucks
Holy Moly! I have heard about the sky-high rents that people living in New York City have to pay for apartments that are often so small they would have trouble storing Kim Kardashian’s shoe collection!

However, when I saw a story in the West Side Rag about an Upper West Side Starbucks outlet that had moved due to a rent increase, I was gobsmacked by the monthly rent being demanded by the landlord. Here’s the opening part of the story:

Upper West Sider Tony Danza called into WNYC on Friday to speak to the mayor about all the mom and pops that have been closing in the neighborhood. And he mentioned one particular store that’s not a mom and pop — the Starbucks on 67th and Columbus that closed last year when the landlord hiked the rent to $140,550 a month.

No, that is not a misprint. That figure again: $140,550 each and every month, until the landlord feels he can get away with raising the rent even further. Man! That’s a hell of a lot of Decaf Cappuccino’s, Skinny Latte’s and Espresso Macchiato’s needing to be sold each month. And that’s just to cover the rent, add to that wages, restocking, insurance, and much more, and it’s a wonder that anyone is able to open a business in New York let alone keep it up and running for many years. Read the full story here… 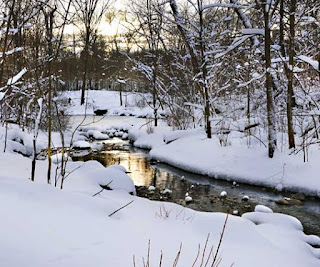 5 Tips for Your Next Visit to Central Park
Douglas Blonsky has been a Central Park regular for more than 30 years. In addition to being an Upper East Side resident who walks in the Park every morning (and often many more times throughout the day), he is also the Conservancy’s President and CEO and the Central Park Administrator. That means he oversees all aspects of park maintenance, operations, and management.

In his 32 years at the Conservancy, Doug has helped transform Central Park from an area of neglect to a beautiful and beloved refuge in the heart of Manhattan. In the process, he has become an expert on the Park which makes him the perfect person to share a few tips for ensuring a memorable visit to Central Park.

1. Don’t let the cold keep you inside
2. It’s the people who make the Park
3. Make sure to allow for a little wandering
4. Take advantage of events in the Park
5. Find some time for yourself

West Side Rag Weekly Events
The West Side Rag publishes a weekly list of each week's forthcoming events running Monday through Sunday that is always worth keeping an eye on if you live, or are staying in that part of Manhattan.
Posted by Jim Lesses at 10:44 AM