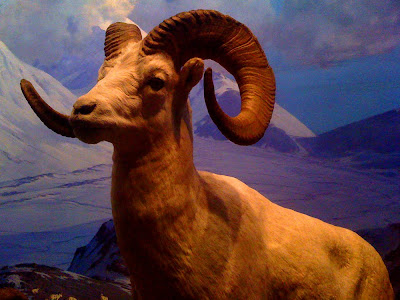 ~ Image: Just like being there – diorama featuring a White Sheep in the AMNH

“The American Museum of Natural History is one of the world's preeminent scientific and cultural institutions. Since its founding in 1869, the Museum has advanced its global mission to discover, interpret and disseminate information about human cultures, the natural world and the universe through a wide-ranging program of scientific research, education and exhibition.” [Source: AMNH website]

Today was my second visit to the museum, and I spent a good 4-5 hours there, and that was without visiting any of the special exhibitions on offer, the Rose Center for Earth and Space, or any of the other special attractions which require a separate entry fee.

As with my previous visit in 2008, I was again fascinated by the many stunning diorama’s within the museum. As saddening as it is to see the variety and beauty of the magnificent animals now encased behind glass, the diorama’s are beautifully presented, and leave visitors with the impression that the settings for each creature are as close to their natural environment as you could hope for – short of being there yourself. But then, do you really want to be standing a few feet from a live grizzly bear, or family of wart hogs? 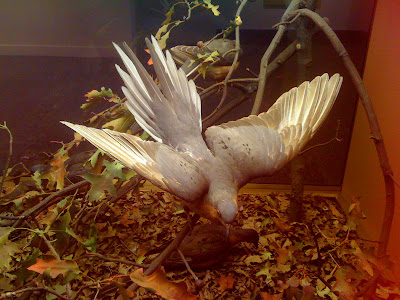 Take a good look at the image on the left while you contemplate the question: Is there anything on the planet more stupid than humans?

The image shows a number of Passenger Pigeons (Ectopistes migratorius – for the scientifically inclined), behind glass at the museum. Signage next to the exhibition states in part: "The Passenger Pigeon was once the most abundant bird in North America. The naturalist Alexander Wilson, in 1808 estimated that a Kentucky flock numbered 2,230,000,000 birds. “

No, that is not a typo. Wilson estimated the number of birds on this one flock at over 2.2 billion!

The signage goes on to add that according to Alexander Wilson: “This flock filled the sky from horizon to horizon and took four hours to pass a given point."

Unfortunately, the pigeons nested in huge colonies, making it easy for hunters to slaughter them in vast numbers. They were sold for as little as a penny each in New York City, and were even fed to pigs. A hundred years after Wilson recorded his observations, the Passenger Pigeon was extinct in the wild, with the last captive bird dying in 1914.

I ask again, Is there anything on the planet more stupid than humans?

And to think, that the early European settlers in the United States, almost wiped out the bison as well. 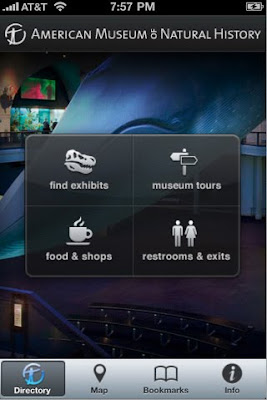 If you are an iPhone user, before you visit the American Museum of Natural History you may want to download and install the museum’s free Explorer application which contains maps of each floor and the exhibitions on those floors; using GPS you can see where you are within the building, and the app even guides you to exhibitions or displays you particularly want to see; it also comes with pre-loaded tours, and gives you the ability to create your own custom tours, and much more.

Best of all, you can use the Museum’s free WiFi service to navigate your way around the building thereby saving your own bandwidth allocation.

As you might imagine, the most popular areas of the Museum are the galleries housing the dinosaur exhibits. These were packed with children and teens, their parents or carers, and were generally of little interest to me, although I did push my way through the crush of bodies on the way to other parts of the building.

Current exhibitions include Race to The End of The Earth (through until January 2, 2011), which examines the race between the Briton, Robert Scott and the Norwegian, Roald Amundsen to be the first to reach the South Pole; and Traveling The Silk Road (closing August 15, 2010), an exhibition that maps "...the greatest trading route in history - the legendary Silk Road."

If you have half a day to devote to it, the American Museum of Natural History is a fascinating place to visit – with or without children in tow. I’m sure you will come away with a greater appreciation of the vast biodiversity that holds this planet together, and the importance of our place as custodians of that biodiversity.
Posted by Jim Lesses at 8:50 AM