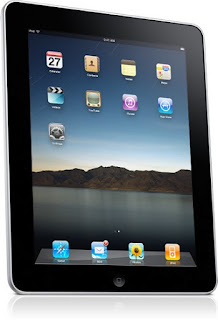 One year ago today, I bought a 64Gb iPad 2. I purchased the device in preparation for the three month visit I subsequently made to America between August and October, 2012.

I had two main purposes in mind when I bought it: one was that it made it easier to leave my 15 inch Toshiba laptop behind, and thereby reduce the amount of weight I was carrying; and the other was my desire to use the iPad as an eBook reader.

I have said it before, and I don’t mind saying it again―buying the iPad was the best pre-travel gift I have ever given myself. The convenience it offered in terms of size, weight, and functionality has proved its worth over and over again.

A year after my initial purchase, the device is rarely out of my sight or out of reach. The word I keep coming back to when I talk about the iPad is convenience. Couple convenience with ease of use, and you have a device that has helped to revolutionize the way we use technology to connect with each other, and tap into the vast resources of the internet. Making use of a basic WiFi service, I find I am forever reaching for my iPad to look for information online, research some small item of interest using Wikipedia, or translate a couple of lines of French or Latin that I have encountered in one of the many eBooks I now have saved to my iBooks app.

I maintain a daily journal with Pages, track my daily spending with Numbers, and keep in touch with family and friends via Facebook. Using a free app supplied by my bank I can move money between accounts, and to the delight of my creditors I can pay bills on time with Bpay. I have far more apps than I need or use on a daily basis, but then why not? Most of them were free to download, and if I need the space for more important or useful applications, they can be deleted with a couple of taps.

I have written before about my favorite iPad apps here… and here… so I won’t repeat myself in this entry, however, I do have plans to write about some other favorite applications not reviewed already.

After twelve months my iPad continues to work flawlessly, and I am more than happy with the physical size of the device, as well as its 64Gb capacity. The quality of the images I can get with the camera is one of my biggest frustrations, although video footage is actually quite good―as long as you are shooting in plenty of light. Although I have WordPress and Blogger apps, I prefer to use my laptop to write for and maintain The Compleat Traveller. Even though I have bought a keyboard to use with the iPad, I find writing with my laptop to be easier, faster, and generally more accurate. Personally, I find the iPad’s virtual keyboard good for short journal entries, and minor text entry work for things like email, Facebook, and other such tasks, but for long periods of typing it just doesn’t suit me.

Quite frankly, apart from my complaint with the camera and virtual keyboard, I am struggling to think of any other issue that has been the cause of major―or even minor concern. The biggest frustrations are caused by badly designed apps, not the iPad itself. Recently, I exchanged my old iPhone 3GS for a new Galaxy S4, and I remain very happy with that decision. However, I can’t see myself swapping my iPad for a rival tablet device any time soon.

I realise I have not written anything about using the iPad as an eReader, but I will leave that topic for another post. In conclusion, if you have been thinking about getting an iPad, or similar tablet device, I am more than happy to recommend this amazing technology to you. It is hard to believe that tablet devices were almost unheard of five years ago, given the way they have become pretty much ubiquitous today. They can only get better, faster and more ubiquitous over the next five years.
Posted by Jim Lesses at 9:46 AM