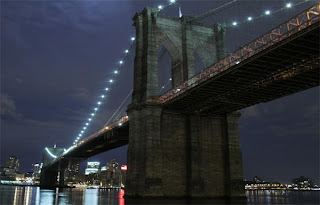 A couple of movies combining motion and time lapse footage of Manhattan, and that other great metropolis, Tokyo. These are both from the Blue Eden page on Vimeo.

I haven’t been able to find out much about the people or person behind Blue Eden. The YouTube page was only set up at the beginning of December 2011, and the first Twitter post only went ‘live’ on January 4, 2012, so Blue Eden is definitely the new kid on the block . However, the quality of the three films produced so far, leave no doubt that the ‘kid’ may be new, but s/he certainly knows how to make a good first impression.

The information below is taken from that provided on Blue Eden’s Vimeo page.

Manhattan
A city that glows long after the light has faded. It seems people are always moving in and out of New York in pursuit of dreams. The city comes alive at night, as if unsatisfied to simply sleep. Many of us will leave one day, perhaps when we finally awaken, but those blurry lights continue to inspire long after.

I filmed this over one week in the winter. Scenes include Brooklyn Bridge, Central Park, Times Square, Grand Central, Wall Street, Met Museum, American Museum of Natural History, and the 9/11 Memorial.

Music: "Circuits" by The American Dollar.


New York "Afterglow" from Blue Eden on Vimeo.
Kyoto
I first visited Tokyo nearly 10 years ago and was swept away by its futuristic society steeped in ancient culture. The beautiful mix of new and old still entrance me today. We hoped to capture that beauty and filmed for 2 weeks in Tokyo and its surrounding areas. As we visited during the New Year, we were lucky to attend the "dezuiri" sumo ring-entering ceremony, which you'll see in the opening shot. We also captured "yumi hajime" (first archery practice of the year) as well as "hatsumode" (first shrine visit of the year) at Asakusa.


Also check out Blue Eden’s other Japan film, Kyoto HD "Rising Dawn" Technical information about the making of each video is available on Blue Eden’s Vimeo page. Finally, thanks to Blog Top Sites for bringing this to our attention.
Posted by Jim Lesses at 8:34 AM