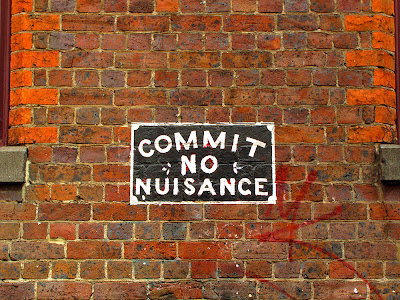 Commit No Nuisance
Now where is the fun in that? I spotted this sign as I wandered through Melbourne’s Chinatown area, and couldn’t resist taking a photo. One has to wonder at just how much of a nuisance visitors have caused to force some authority to feel the need to paint this directly onto the wall. I have no idea if it is successful, or why it appears on this wall and on no another. I have yet to see similar signs elsewhere in Chinatown, or anywhere else around the Melbourne CBD for that matter. 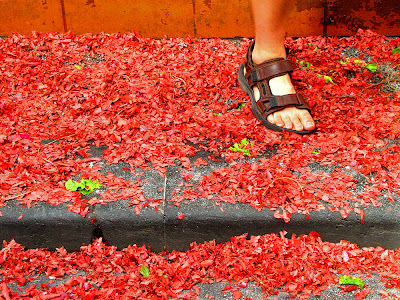 On January 29, I headed into the Chinatown section of Melbourne to catch some of the festivities taking place there as part of the Year of The Dragon celebrations. I watched two ceremonies take place at which long strings of fireworks were set off in front of Chinese restaurants, in an age old tradition meant to bring the owners good fortune and much luck throughout the coming year. The carpet of red that you see in this image has been created by the remains of hundreds of exploded fireworks. 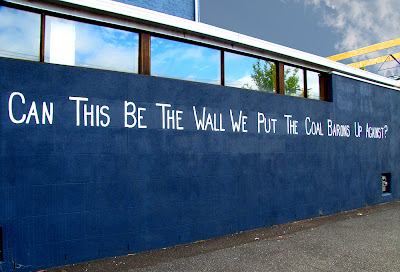 Can This Be The Wall…?

Just down the road from the house I am staying in, locals have painted this sign on their house wall. While the sentiments may be admirable, it seems to me that the targets, the ‘coal barons’, are pretty much long gone, although there are probably some still around. Now a days, I suspect the coal barons have moved on to much richer pastures and are busy exploiting other natural resources like coal seam gas, uranium, iron ore and such like.
Posted by Jim Lesses at 10:17 AM