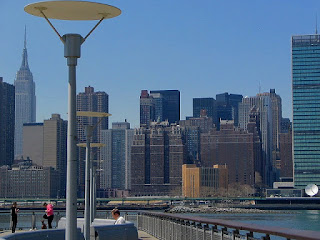 I was fascinated by an article in a recent edition of the New York Magazine called And Another Fifty Million People Just Got Off of the Plane.


The article spelt out in great detail the efforts that have gone into promoting tourism in New York City over the past ten years. Incredibly, in 2011, New York looks like playing host—for the first time in its history—to 50 million tourists. In 2002, when Mayor Bloomberg took office, that figure just over 35 million. With a turnover of $47 billion a year, tourism it is now New York’s fifth-largest industry.

It was interesting too, to read that international visitors are more adventurous than domestic visitors. I was particularly pleased to see this in the article:


“Among travelers from the top foreign markets, Australians are the most adventurous. They are the most likely to attend a sporting event, go dancing, shop, buy tickets to a concert or a play—anything, really.”

As an Australian who has visited New York City on two occasions, and who is looking forward to my third visit over the summer of 2012, I can report that apart from the dancing mentioned in the above quote, I have attended sporting events, shopped, been to concerts, Broadway productions and much more. I'm probably one of the few Staten Island Ferry riding tourists that have actually left the St George Terminal and spent a day checking out the island (nowhere near enough of course, but it's a start), whereas most visitors taking the free ferry ride reboard the next available craft for the return trip to Manhattan.

Despite the fact that I have now spent a total of four months ‘living’ in New York, I am far from exhausting the city's possibilities, and since the chances of doing that are next to impossible – even if I lived in New York full-time for ten years – it looks like I will continue to visit for a while yet.