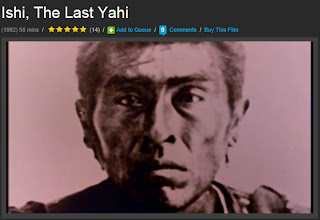 Ishi, The Last Yahi
Years ago I read a book called Ishi, The Last of His Tribe. It tells the story you can see in the video embedded below. A story both shocking and poignant about this Native American who was the last surviving member of his tribe, the Yahi.

The Snag Films website from where I have sourced this video states: In 1492, there were more than ten million Native Americans in North America. By 1910, their numbers had been reduced to fewer than 300,000. In California, massacres of Indians in the 1860s and 1870s had nearly exterminated the Native peoples in the state.

Therefore the sudden appearance in northern California in 1911 of Ishi, "the last wild Indian in North America," stunned the nation. For more than 40 years, Ishi had lived in hiding with a tiny band of survivors. When he walked into the white man's world, he was the last Yahi Indian alive.

If the story wasn’t true it would surely be unbelievable, but true it was, as this documentary shows.

Click here to see Ishi, The Last Yahi...  Make sure you click on the Full Screen icon at the bottom right of the video for optimal viewing. 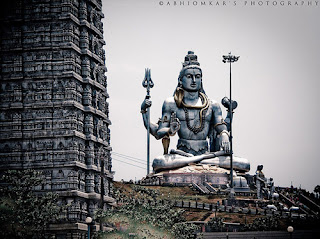 40 Beautiful Photos of India
I’ve never been to India, and although I might make the journey there one day, it is not high on my ‘bucket list’. However, I know people who have been to India, and loved the country, the food, the culture and its people, and that keeps the idea of a visit alive in the back of my mind somewhere.

Hongkiat.com (Online Tips For Designers and Bloggers) has collected together 40 Beautiful Photos of India, and they are indeed beautiful.

As the site states: "India is so vast and full of variety that even the Indians don’t get to see the whole of it, let alone the tourists. You have to visit the place to know it. However, the photographs give you a good idea of how the place looks and how it should feel like. It also helps you to decide what places you want to visit when you are planning a trip to India."

Thanks to Paul Steele (Twitter: @paul_steele) for bringing these to my attention.
Posted by Jim Lesses at 11:37 AM