A Master Class in Animation From Terry Gilliam 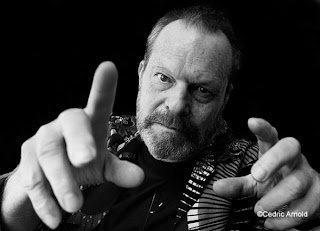 Open Culture has fast become one of my favourite online sites. There is so much great information on there that I find myself regularly sharing interesting links and content through these pages.

Today’s Viewing List includes another nod to Open Culture for bringing the inimitable Terry Gilliam to my attention. Terry, you should know, is the legendary animator with the Monty Python team (and if you don’t know who they are, you should hang your head in shame).

Gilliam was born in Medicine Lake, Minnesota, and began his career as an animator and strip cartoonist, and went on to become a highly regarded screenwriter, film director, actor and member of the Monty Python comedy troupe. To name just a handfull, among his many directorial credits are Time Bandits (1981), Brazil (1985), The Fisher King (1991), 12 Monkeys (1995), and The Imaginarium of Doctor Parnassus (2009). Since this is a travel site, embedded here is a video of Gilliam’s 1974 animation, The Miracle of Flight.


If you are tempted to try making your own animations, the following 14+ minute video shows you how to make your own cut-out animations.

Thanks to Biblioklept and Open Culture for bringing this to our attention.
Posted by Jim Lesses at 9:22 AM