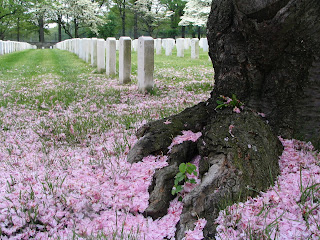 April showers bring May flowers... and lots of exciting things to do in New York City. With spring in the air and dozens of events taking place, April is a great month to visit the greatest city in the world. Here are some highlights!

Tribeca Film Festival
For film buffs, spring in New York means it's time for the popular Tribeca Film Festival in lower Manhattan. Various cinemas in the Tribeca district showcase hundreds of international films, often with the director and cast ready and waiting to answer questions after the screening. Almost every one of the more than 200 films is a North American, international, or world premiere.

The Easter Parade
Every Easter Sunday, Fifth Avenue from 49th to 57th streets is closed to traffic for this colourful and exciting spectacle. The tradition dates back to the mid-1800s when the upper crust of society would attend church services and then parade their new Easter outfits down Fifth for all to see! Starting at 10am, admire the passing parade of participants decked out in creative bonnets and elaborate costumes. There is plenty of entertainment, stunning floral displays and even a real Easter bunny or two. Celebrate Easter services at St. Patrick's Cathedral on 50th Street and Fifth, St. Thomas Church on 53rd and Fifth or at the Fifth Avenue Presbyterian Church.

Cherry Blossom Season at the Brooklyn Botanic Garden
Spring is a lovely time of year to experience New York, and there is no better celebration of spring's beauty than the cherry blossom viewing season in April at the Brooklyn Botanic Garden (BBG). Visitors can walk under the boughs of the cherry trees and experience the Japanese tradition of Hanami, watching the delicate blossoms as they vibrantly come to life. The Brooklyn Botanic Garden boasts the largest collection of cherry trees outside of Japan, and it is stunning to see the lush blooms of these more than 200 trees come alive in their rich colours. The BBG is located at 1000 Washington Avenue in Brooklyn.

Earth Day Celebration in Central Park
With its lush greenery and beautiful landscaping, Central Park is a must-see in the spring. The Earth Day celebration in the heart of the park is a free event open to the public and includes live musical performances, art and crafts, and lots of environmental projects like tree planting. Families can pack a picnic, spread out a blanket and enjoy the festivities.

Opening Day at Yankee Stadium
Baseball fans count down the days to spring training, and especially to the opening day of the season in April. The gates of the New York Yankee's new stadium open in April 2009. Located on the north side of 161st Street between River and Jerome Avenues, it is right across the street from its original home. The 1.3 billion dollar state of the art facility boasts advanced audio visual technology and several tasty dining options to enhance the fan's experience.

NewYorkJourney.com will give you a comprehensive look at several of the sites mentioned above along with information on a variety of other attractions and hotels in the Big Apple. Get the information you need to know before you travel, to make sure you get to see the best of the best in New York City.

Article Source: Things to do in April in New York City