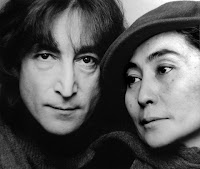 Happy Birthday, John
John Lennon, who was born on October 9, 1940, would have been 71 today, so to mark the occasion I thought it appropriate to embed the video you can see below.

It presents John Lennon and Yoko Ono during their September 11, 1971 appearance on the Dick Cavett Show.

Dick Cavett was one of America’s leading talk show hosts at the time, and this interview, and other Lennon interviews with Cavett, is part of a DVD that you purchase at Amazon.Com. The DVD contains three complete episodes of the late-night talk show featuring John Lennon and Yoko Ono's most candid interviews as well as rare live performances.

You can purchase the DVD via this link: The Dick Cavett Show - John Lennon and Yoko Ono

The Lennon's clearly enjoyed being with Cavett and even cast him in one of their films. the September 11, 1971 show is notable as the first American television interview John gave after the breakup of The Beatles. Enjoy...


Thanks to Open Culture for bringing this to my attention.
Posted by Jim Lesses at 10:57 AM