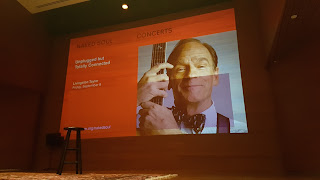 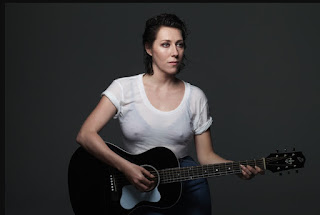 ...
MARTHA WAINWRIGHT @ THE RUBIN MUSEUM
7:00PM. With an undeniable voice and an arsenal of powerful songs, Martha Wainwright is a beguiling performer and a refreshingly different force in music. Martha was born in New York City to folk legends Kate McGarrigle and Loudon Wainwright III. She is Rufus Wainwright’s sister, and they often collaborate in shows and on records.

This performance is part of the Naked Soul series which presents performances without microphones or amplifiers, as if the music were, acoustically speaking, naked. The musicians in the series draw upon the universal themes inherent in Himalayan art—spirituality, peace, tolerance, wisdom, compassion—on select Friday evenings. 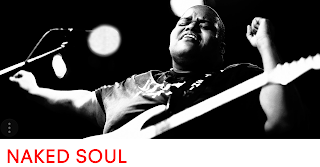 ...
NAKED SOUL
The Rubin Museum's Naked Soul series of summer performances for 2017, has (and continues) to feature a stellar lineup of great singer-songwriters in one of the most intimate performance venues in the city. The concept behind Naked Soul is that performers sing without microphones or amplifiers, as if the music were, acoustically speaking, naked. The musicians in the series draw upon the universal themes inherent in Himalayan art––spirituality, peace, tolerance, wisdom, and compassion.

Naked Soul is one three major music series that take place at the Rubin Museum. Others are the weekly Wednesday evening Spiral Music performances that take place at the foot of the museum's spectacular spiral staircase––hence the series name. To quote the museum's summer guide: "Artists who specialize in music from the Himalayas and South Asia are invited to forge a connection between their music, and the art in the galleries."

The other program is the Rhythms Of India series: "From timeless ragas to contemporary fusion, Rhythms of India performers explore the varied traditions of Indian music..." in the Rubin's "intimate, cherrywood-lined theater." 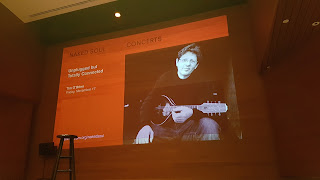 Any questions, comments or suggestions? How about complaints or compliments? Let me know via the comments box below.
Posted by Jim Lesses at 2:23 AM