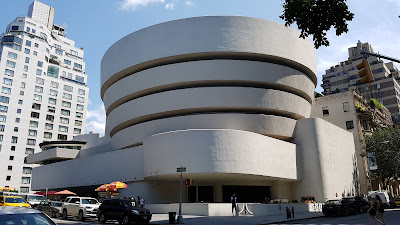 Guggenheim No Go Zone
I made a decision to visit the Guggenheim Museum today. As far as I can recall, the last time I went would have been in 2010. Anyway, whatever the last year of my last visit, today I was going to make my return. I actually left the house around 11:00AM which is very early for me, and caught an M4 bus for the ride down Fifth Avenue. I got out near the museum and headed for the main entrance only to find that this much vaunted institution is closed on Thursdays. Of course I remembered this as soon as I was confronted by the closed doors and the many other visitors who were milling around the entrance wondering how their plans for the day had already started going awry.

Seriously, Guggenheim, what the heck? During the height of the tourist season, why close the doors and shut out hundreds, if not several thousand visitors? It just doesn't make economic sense. It's not as if you need to close down to do a stock take, or polish the floors, or install a new exhibition, or clean the toilets, or have a staff training session, or... [add your own spurious reason here}.

When other major museums find ways to stay open later than usual during the peak summer tourist season, the Guggenheim finds ways to justify closing its doors. I'm sure I'm not the only one who left in a confused huff, and ruled out returning when the museum was supposed to be open. 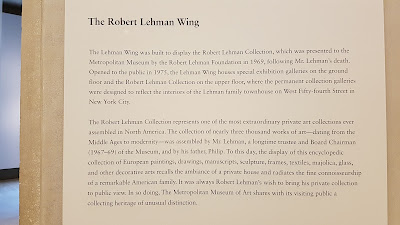 ...
Robert Lehman Collection
Since I was in the vicinity, there was nothing for it but to head farther down Fifth Avenue and pay another visit to the Met Museum. The first thing I did once there, was join the 2:00pm tour of the Robert Lehman Wing. The wing was built to display the Robert Lehman Collection, "one of the most extraordinary private art collections ever assembled in North America. The collection of nearly 3,000 works of art––dating from the Middle Ages to modernity––was assembled by Mr. Lehman...and by his father Philip."

And further:  "...the display of this encyclopedic collection of European paintings, drawings, manuscripts, sculpture, frames, textiles, majolica, glass, and other decorative arts recalls the ambiance of a private house and radiates the fine connoisseurship of a remarkable American family."

The docent who led the tour was well versed in the collection (or at least she was extremely knowledgeable about those works she chose to highlight), spoke loudly and clearly, and deserved the appreciative round of applause and many expressions of thanks from those of us on the 80-minute tour. Indeed, an excellent indication of her skill as a tour guide is the fact that none of the group members left the tour before it was over, as often happens on these occasions. 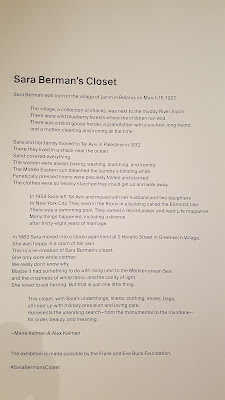 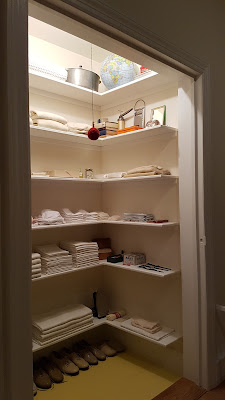 Marie Kondo, the Japanese woman who promotes the concept of decluttering your home would have been proud of Sara, had she known her and seen her minimalist closet in daily use. 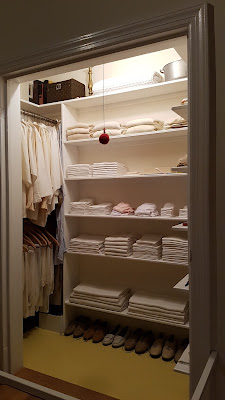 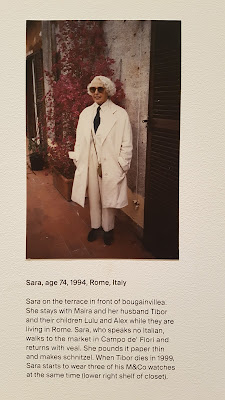 Any questions, comments or suggestions? How about complaints or compliments? Let me know via the comments box below.
Posted by Jim Lesses at 1:22 AM