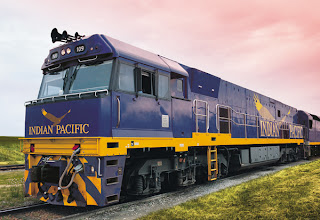 A weekly roundup of some of the more interesting news, advice and information I discovered during my online rambles.


20 Reasons to Travel by Train (by Kim Mance).
Kim provides 20 good reasons to travel by train instead of by air in this post on Gadling. Here are just five compelling reasons:
Read more... > 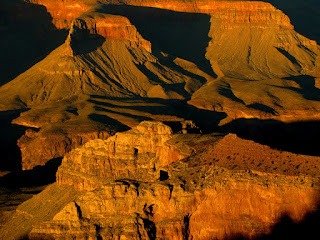 The Grand Canyon: How To Get The Most From A Short Trip (by Andy Murdock, Lonely Planet Author).
Sadly, most visitors to the Grand Canyon only spend a few hours at this magnificent wonder of the world. On my visit there in 2010 I was able to stay two nights on the South Rim but even that was no where near enough time to appreciate this magical place.


Lonely Planet author, Andy Murdock also acknowledges that he did not allow enough time for his first trip to the Grand Canyon. In this piece, he outlines a number of suggestions for making the most of your trip to the canyon. These tips include arrival routes, short hiking suggestions, the best time to visit to avoid the crowds, mule rides, the best viewing points, Park Ranger-led hikes and interpretive talks and more. Read more... > 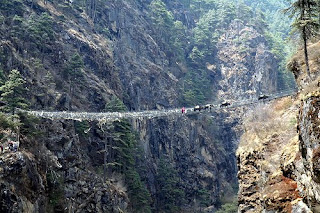 How To Travel Outside Your Comfort Zone (by Daniel Noll and Audrey Scott).

I recently wrote a piece called Listen To Your Inner Adventurer which makes the point for breaking out of your comfort zone while travelling.

Daniel Zoll and Audrey Scott have also written on the same topic and I like their particular take so much that I am happy to include their suggestions for making your travels more memorable here. Their tips:
Read more... > 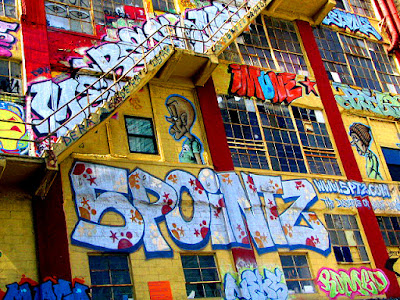 ...
A recent article in the New York Times: Writing’s onthe Wall (Art Is, Too, for Now)* , took me back to my 2008 visit to New York City. It was a beautiful spring day in early April when I headed out to visit the Museum of Modern Art offshoot known as PS1 in Long Island City, Queens. It was here that I discovered the amazing 5Pointz Arts Center. 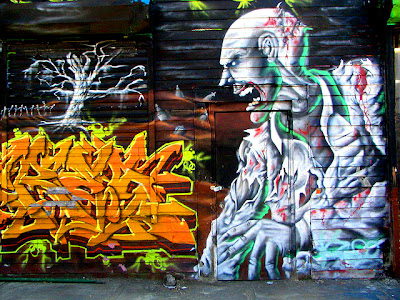 The five story 5Pointz building is now pretty much all but derelict following the collapse of a fire escape in 2009 that seriously injured a jewellery artist who worked in the building at the time. Never the less, the building has become famous for the hundreds of graffiti art works that cover the façade of the building.


According to the New York Times article, Jonathan Cohen, aka ‘meresone’, has been managing the site since 2001, although it is not clear from the article if that is when the graffiti art began to be added to the building. 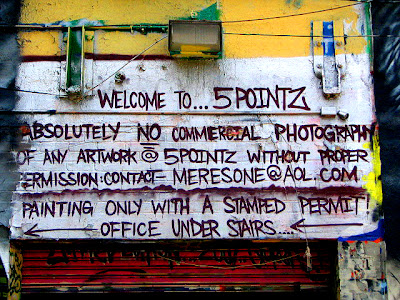 Apart from the many New York artists that have added their work to the 5Pointz building, artists from all over the USA, as well as from France, Australia, Spain and elsewhere have also contributed to the site. The building is mentioned in some foreign guidebooks and it has become a tourist attraction in its own right, and is well worth a look if you have the time to fit it into your New York visit. 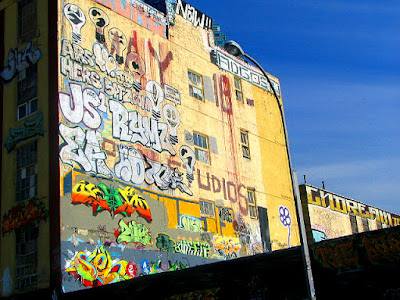 While tagging is illegal in New York, it appears to be permitted if a building’s owner gives the Ok for a work of graffiti art to be painted on their structures. Permission to use the warehouse as a giant canvas has long been granted by the owner, Jerry Wolkoff, who also rented out studio space until the afore mentioned accident in 2009.


Now however, Mr. Wolkoff wants to raze the building to make way for two 30-story apartment towers. As you might imagine, graffiti artists are not happy with this decision, and a campaign is underway to preserve the building at 45-46 Davis Street, and convert into affordable art space for many of New York City’s artists and craftspeople. While I wish them luck with their campaign, I have a feeling that commerce will eventually win out, and this incredible building and its unique works of graffiti art, will eventually only exist online. 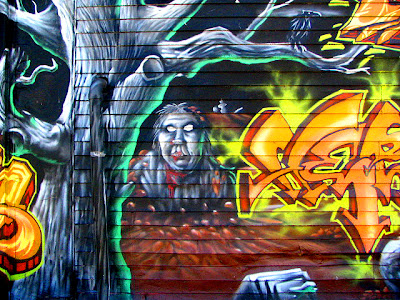 *Note: Articles in the New York Times are eventually only accessible via paid subscription. While the article referred to above was viewable when I wrote this entry, it may no longer be so.


Click here to see a New York Times slide show of images from the 5Pointz building.


The 5Pointz site also features many images of the graffiti art.

Spring is in the air, down under, and as I write this it is a beautiful day in Adelaide, Australia, where right now, I am house sitting for a member of my extended family who lives close to Semaphore Beach.

With the prospect of warmer weather and summer just a few more months away, my thoughts are turning more and more to travel.

In January I will spend five weeks house sitting again in Melbourne which coincidentally, has just been voted the most liveable city in the world – according to the latest Economist Intelligence Unit’s Global Liveability Survey of 140 cities. Three other Australian cities (Sydney, Adelaide and Perth), have also made it into the survey’s top ten. Canada has three cities in the top ten list, which gives the two countries a total of seven of the ten most liveable cities in the world.

Never the less, despite the fact that Australians are spoilt for choice when it comes to great cities and panoramic vistas, I am planning to head overseas on my third extended journey towards the end of April next year. Once again I’ll travel to Europe and the United States. I’m especially hoping I will be able to apartment sit for the same person I house and cat sat for last summer. The prospect of spending another two months in New York City fills me with great anticipation, as you might expect.

I just hope the Australian dollar continues to stay high on the foreign exchange rates over the next twelve months.