Have iPad – Will Travel 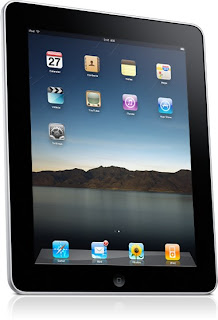 Just before my last trip, I made a decision to leave my heavy 15 inch Toshiba laptop behind. I simply could not be bothered dragging along the extra weight and other bits and pieces, such as the power pack, cables, and back up drive, etc. I did that in 2010 with my small Sony VAIO laptop (which finally gave out while I was in Greece), and that was bad enough. So this time I thought I’d at least try travelling lighter, and bought myself a pre-trip gift – a 64 gigabyte iPad 2 for AU$578.00.

One major drawback I had with the iPad was the fact that it was not SIM card enabled. This meant I could only make use of free WiFi hotspots whenever I needed to go online for any reason, and of course, when you are travelling, there are always reasons to be going online. However, since I knew that I would have access to WiFi in the New York apartment I was staying in, and also access in the numerous hotels I would be staying in, I figured that with some forethought and planning, the lack of access to WiFi at other times would not be a major issue.

I also knew that many businesses and government departments in America, seem to have recognized that providing free Internet access is good public policy. This meant that with minimal inconvenience I could get online at any number of Starbucks, McDonald’s, and other such establishments, as well as public libraries, city squares and parks (Bryant Park in New York City, especially), and many other areas of Manhattan.

As time went on, one other aspect of the tablet turned into something of an annoyance – I am a reasonably good touch typist, but no matter how I tried, I just could not get used to the iPad’s virtual keyboard. Eventually, like many other iPad users, I got around this issue by buying a separate Bluetooth keyboard which made writing my trip journal much easier and quicker. I eventually chose a Kensington KeyFolio Pro 2 Removable Keyboard

which comes in a case with a built-in iPad stand. 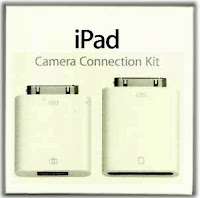 It has always been axiomatic, that when it comes to technology, one should always purchase the largest capacity hard drive, storage device, SD Card – or similar, because you can be sure you will eventually need that extra capacity. And so it proved early into my trip. Despite having bought the largest capacity iPad available, it soon became apparent that I would run out of space on the iPad if I transferred all my images and video clips to the unit.

In the end, I decided to purchase extra SD cards for my digital camera, and only transfer images and video to the iPad in order to work on them before uploading them to Facebook or YouTube. That way, if I had to delete files from the iPad, I still had the original untouched files on the SD cards, and ‘enhanced’ files online. Of course, I also used the iPad’s built in camera to shoot video as well as my other camera, which also ate into the free storage space on the device.

Let me tell you, dear reader, that despite those few drawbacks, my iPad turned out to be the best pre-trip gift I have ever given myself, and it continues to give me hours of pleasure now that I am back home. I purchased the device eight weeks before my departure for America, which gave me more than enough time to familiarize myself with its idiosyncrasies and secrets, and plenty of time to research and download a bunch of apps which I thought might prove useful during my three month trip. I will write about the apps I found most useful in a future post.

By the time I take my next overseas trip in 2014, I expect tablet devices will be pretty much everywhere. If you are planning a vacation and you are tossing up between taking a laptop or purchasing a tablet device, my recommendation is to leave the laptop and go with the tablet. The convenience and versatility of the new tablet devices can’t be beaten.
Posted by Jim Lesses at 10:34 AM