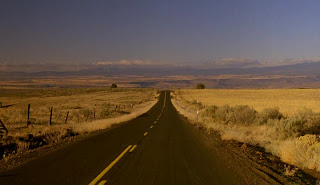 ~ It is June already.

Here in Australia that means the start of winter, while in the northern hemisphere it heralds the beginning of summer.

It has been eight months since returning from my travels to the USA and Europe last year. Assuming I don’t go overseas earlier, and assuming too, that my absolute deadline for heading overseas next year is March 31, then I only have another ten months before I travel again!

Ten months! Those months are going to fly by faster than even I will be ready for.

I’ve already started to think about where I am going to go first, and where my road will lead. Not that I haven’t had the next trip simmering along in the back of my mind ever since I returned last October.

The general thrust of my thinking has always been to return to the west coast of the United States; catch up with relatives in Tucson, Arizona, as well as San Diego, and elsewhere in California. Then the plan is to drive across the US to New York before flying on to London or Athens.

Today, I almost bought a book detailing various road trips across the US. One I probably should have bought anyway, despite the fact that it was published in 1995. Although it is obviously dated, it would be useful – if only to keep me focussed on the dream. In the same Book Exchange, I picked up a second hand copy of David Dale’s 2001 book, The Perfect Journey. This is a revamped and updated version of The Obsessive Traveller which I have written about previously. I’ve already started reading it, and I expect it will be just as entertaining.

I have also been checking out some online sites focussed on road trips in America.

So far the best two I have seen are: Road Trip America, and Road Trip USA, which is based on a book by the same name written by Jamie Jenson.

Road Trip USA, in particular is built around eleven road trips that cross America from north to south and east to west. The specific routes are the Pacific Coast; Border to Border; The Road to Nowhere; The Great River Road; The Appalachian Trail; Atlantic Coast; The Great Northern; The Oregon Trail; the Loneliest Road; the Southern Pacific; and of course, Route 66.

Over the coming ten months I will be using this blog to outline some of my plans and thoughts, and I invite readers to post comments here with their suggestions, tips, favourite destinations, hidden gems, and anything else they think would be useful to me and other readers.
Posted by Jim Lesses at 10:34 AM