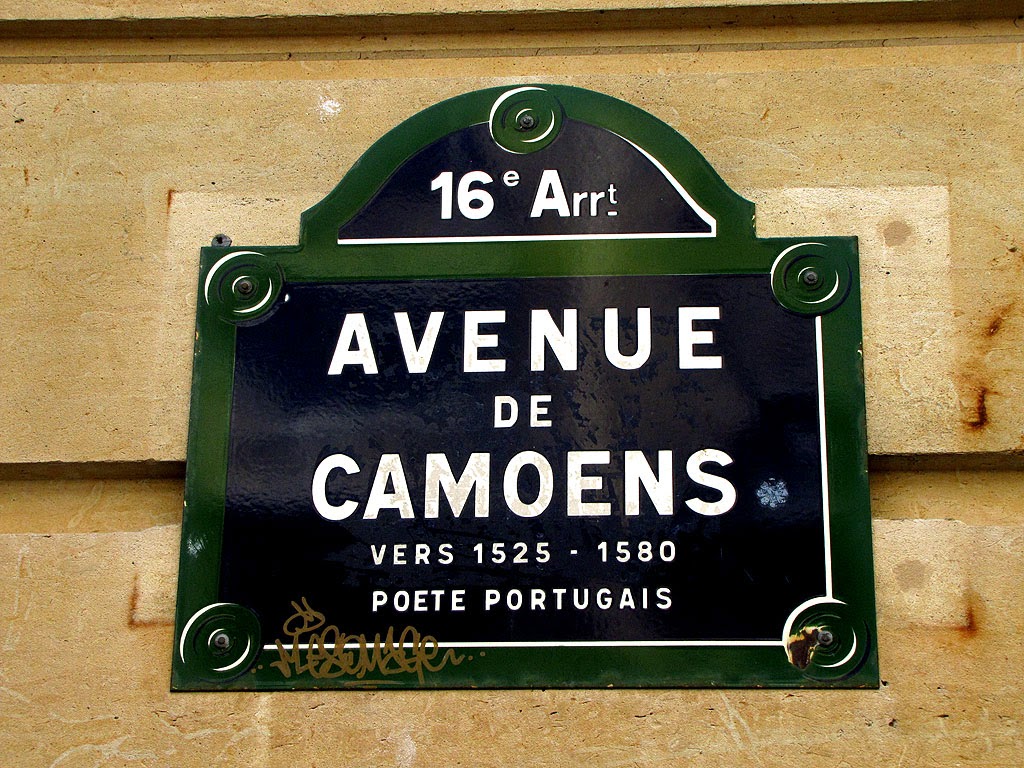 I quite like how the French don’t just give you street names, but also include information about the people the streets are named for. For example Avenue De Camoens, is named for the Portuguese poet Luis De Camoes, whose monument stands on the street bearing his name.

I can't explain why the street name includes the letter 'n' in his name, while the monument does not (maybe it is a grammatical thing), and neither do I know why the French have honoured De Camoes in this way, but then why not?

According to Wikipedia Luís Vaz de Camões is considered Portugal's greatest poet. His mastery of verse has been compared to that of Shakespeare, Homer, Virgil and Dante. He wrote a considerable amount of lyrical poetry and drama but is best remembered for his epic work Os Lusíadas (The Lusiads), and the influence of this work is so profound that Portuguese is called the "language of Camões." As if that is not honor enough, June 10, the day of his death, is Portugal's national day. 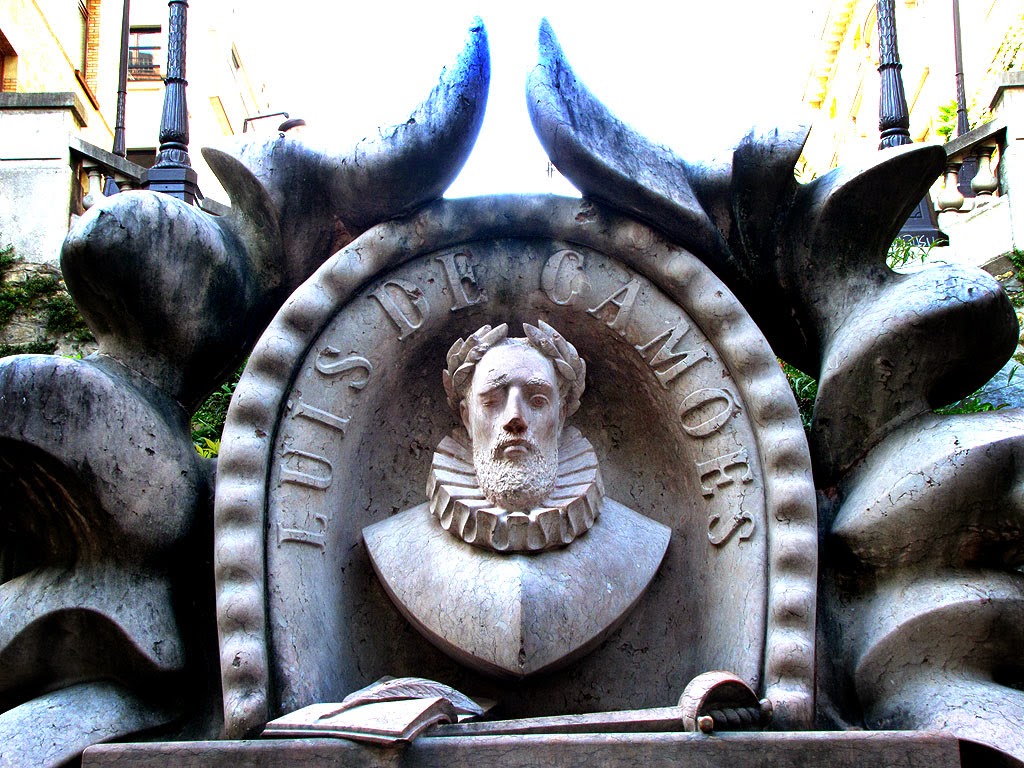 Meanwhile, the Quai Louis Bleriot (below) honors the French aviator by that name who was the first to fly a plane across the English Channel in 1909, thereby winning a monetary prize of one thousand pounds put up by the England’s Daily Mail. 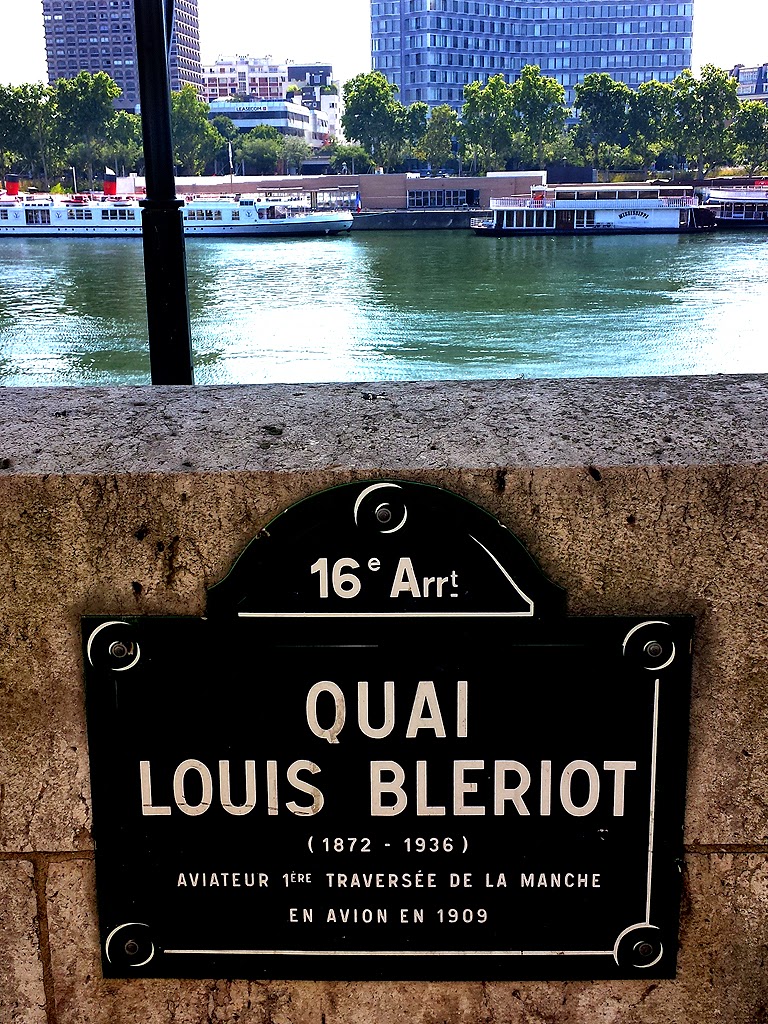 Rue Degas (below), is named for Edgar Degas (19 July 1834 – 27 September 1917). Degas was a French artist famous for his paintings, sculptures, prints, and drawings. He is especially identified with the subject of dance, with more than half of his works depict dancers. He is also regarded as one of the founders of Impressionism, although he rejected the term, preferring to be called a realist. 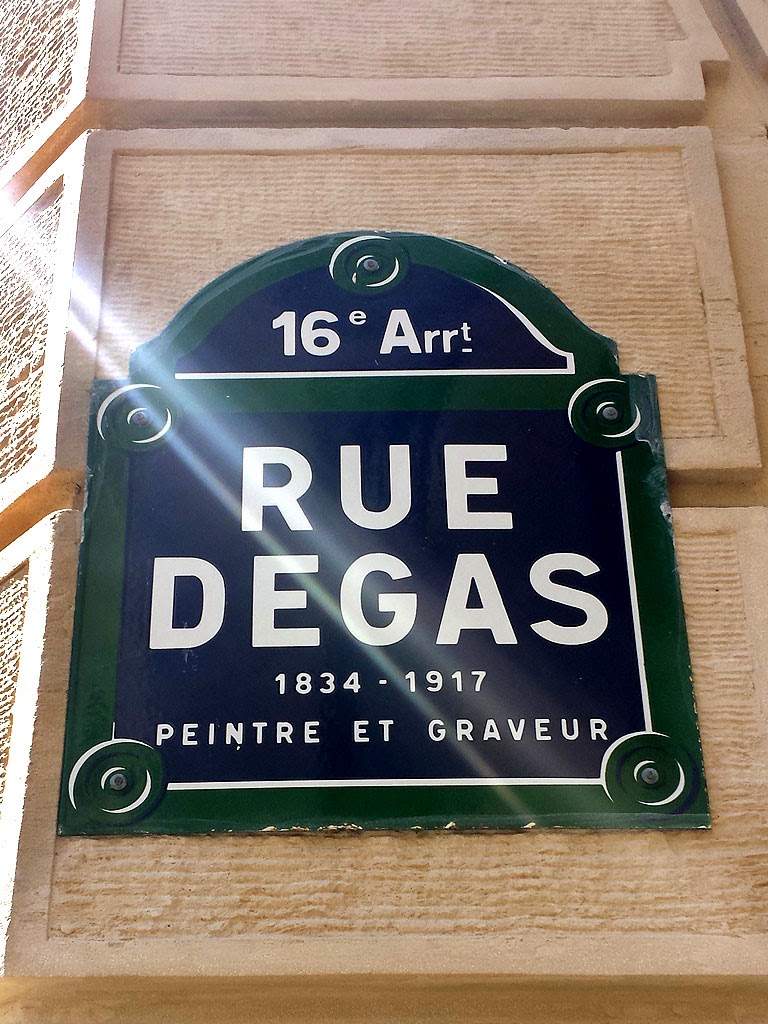 Antoine Dubois was a French surgeon (chirurgien) whose main claim to fame seems to be that in 1811 he was given the responsibility of delivering the child of the Empress Marie-Louise. Following the successful birth of Napoleon II, the Empress's baby, Dubois was given the title of "baron". He is also credited with making improvement to a number of surgical instruments, including a forceps. 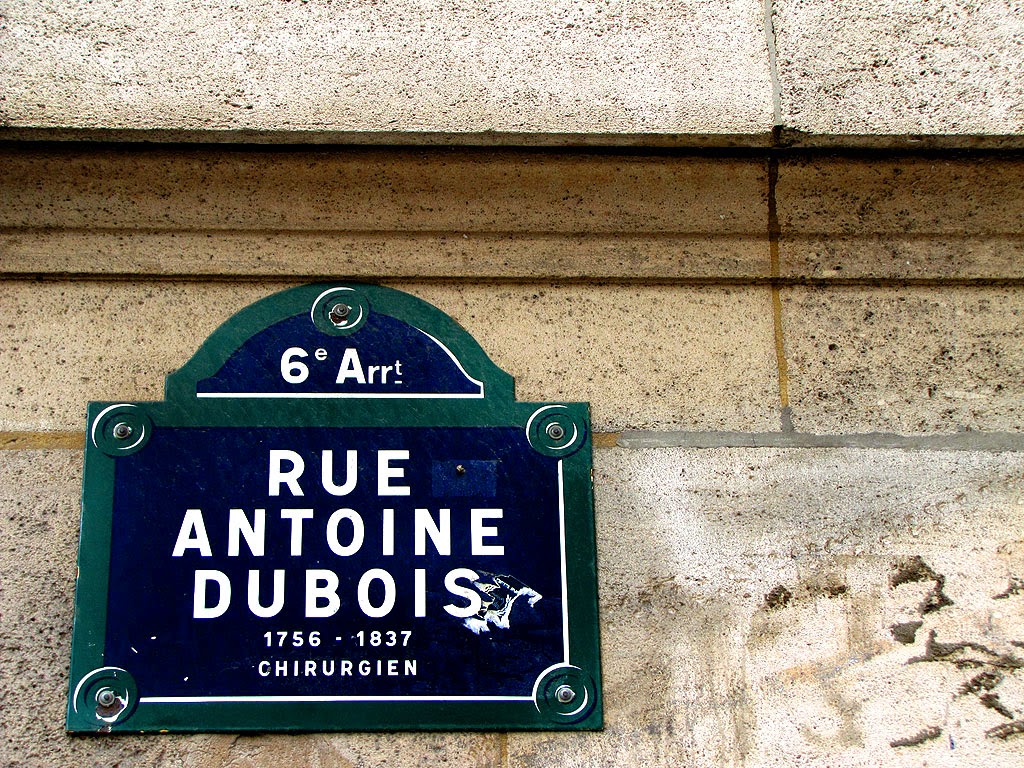 Finally, Rue des Grands Augustins is a street in Saint-Germain-des-Prés in the 6th arrondissement. It is said that Louis XIII received the sacrament in Rue des Grands Augustins, one hour after the assassination of his father Henry IV. A notable resident of the street was the artist Pablo Picasso who lived here from 1937 to 1948. It was here that Picasso painted one of his most famous and monumental works, Guernica. 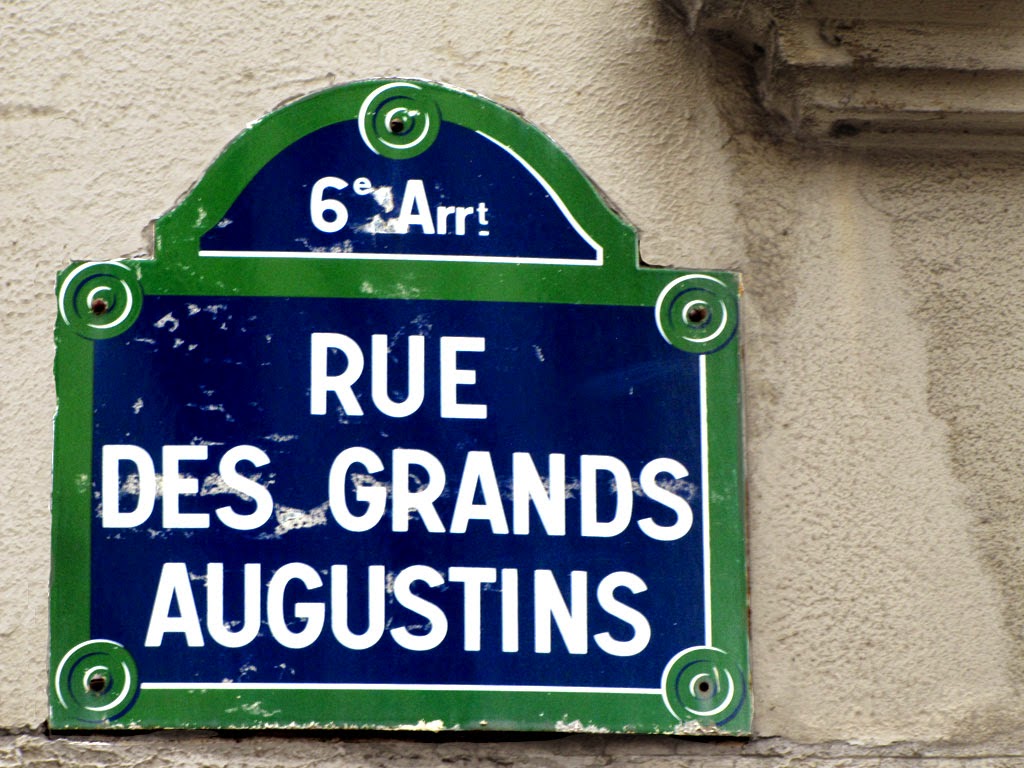 So what's in a name? Many things. Most of us (including myself), pay little or no attention to street names. They are seen only as guides that help us get to homes and businesses, monuments and landmarks, restaurants and cafes, hair dressers and chemists, and many other destinations. Without them, it would be impossible to find our way through modern cities like Paris, London, New York City and a thousand others. Surely even modern aids such as online maps and GPS navigation systems would be useless without street names.

So take a few minutes now to think about the name of the street where you live. If your street is named after a person, look the name up and try and find out why this man or woman is being honored in this way. You might be surprised by what you learn.
Posted by Jim Lesses at 10:57 PM