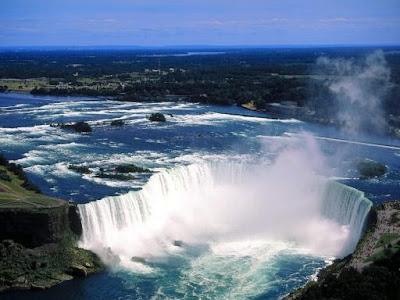 More than once on this blog I have mentioned the concept of the bucket list – that list of must see places you want to visit before you depart this world for the next. So today, I thought I’d share my bucket list with you. My list includes places I’ve already visited (marked with a strike through line).
Canada (need I say more?)

Not Only – But Also

Scraping The Bottom of The Bucket

Most of Africa
Russia (although Moscow might be interesting)


Phew! That’s some list. At 62, I guess I’m being optimistic, but what the heck. The only thing I’m really lacking is money. My enthusiasm and desire is there – even if the years may not be, but I still think I can knock quite a few of those countries and locations off my list.
Besides, while I was travelling in Cambodia during February, I met people in their late 70s and early 80s who were still happily travelling the world – so why not me? Why not indeed.
What’s on your  bucket list?
-o0o-
Here are a few books on America's National Parks that may be of interest. All are available via Amazon.Com.