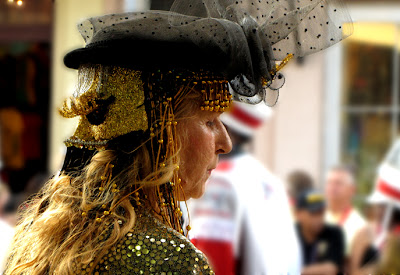 I had no idea, when I arrived in New Orleans in September 2010, that my visit would coincide with the start of the American Football season. And so it was, that on a hot Thursday night, I found myself amongst tens of thousands of New Orleans Saints fans lining the streets of the French Quarter for the parade that would herald the beginning of the competition. 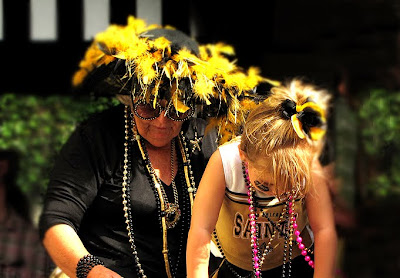 This series of images shows just a few of the fans who dressed for the occasion in fancy hats decorated in all manner of finery, including feathers, masks, cheap plastic baubles, and necklaces – thousands of which were showered onto the crowds lining both sides of the parade route by those taking part in the actual parade itself. 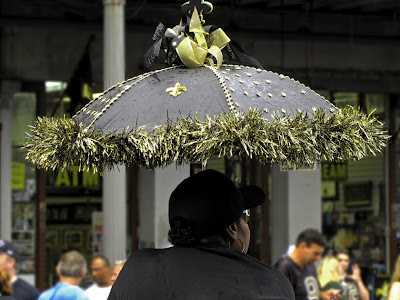 It was my first experience of an All-American Parade which included dozens of school marching bands, complete with dancers who sweated profusely in the stifling heat and humidity of a Crescent City evening. 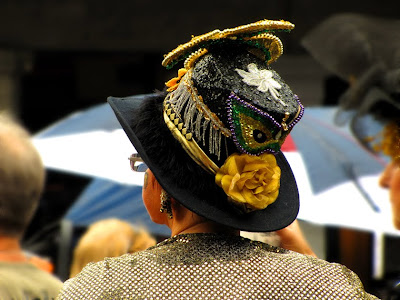 My three day visit to New Orleans was far too brief to get more than the faintest feel for the city, and I would love to visit again for an extended period – preferably around Mardi Gras in March, when the weather is more conducive to extended walking and explorations of the city.
-o0o-