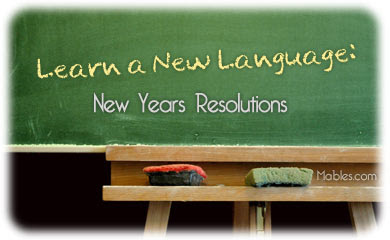 ~ I've written before about language learning on this site, and pointed out some of the excellent free resources available online for anyone interested in learning a foreign language before they embark on international travel.

Today, I discovered the Easiest Foreign Languages site, which also provides free access to a wide range of information related to language learning. Easiest Foreign Languages, reveals that travellers have the potential to read 10 languages -- but most don’t realize it. This news is just in time for the upcoming travel season, and will enable tourists to read their way around Europe or Latin America in countries with these easiest languages.

The website has been developed to help more people begin foreign languages as easily as possible. It reveals that many foreign words are similar to English, especially in writing, and shows visitors how much they know about the ten easiest languages just because they know English. This free resource has been developed by Robert Masters, who previously served as a consultant developing Roget’s II Thesaurus.

The website explains that many foreign words are similar to English, especially in writing. So travellers can read a surprising amount in the following languages: Spanish, Italian, French, German, Portuguese, Dutch, Danish, Norwegian, Swedish, and even Romanian.

Each of these European languages has over 1,000 travel words similar to English, which are easier to read and remember than 10 foreign words unrelated to English. Being able read thousands of foreign words related to English will help tourists in Europe, even if they are unable to speak much in a foreign language, nor able to understand what foreigners say.

In each language, the words similar to English can be thought of as Easiest French, Easiest Spanish, Easiest Italian, and Easiest German.

Here’s an example of Easiest French, which to my surprise, I was able to translate without too much trouble – no small feat given that my knowledge of French is minimal at best: Mon nom est Paul. J’ai réservé un appartement. Je suis allergique à la pénicilline. Informez ma famille. Où sont des toilettes accessibles aux handicaps? [Spoiler Alert: My translation of these sentences appears at the end of this entry.]

Tourists can read foreign words related to English at their own pace, unlike being forced to keep up when trying to listen to a foreigner speak.

So now travellers can get ready for several or many European languages, with words similar to English and also similar to each other's words, making it even easier. The web site makes the grand claim that “for the first time ever, it is possible to be prepared for up to 10 languages in Europe, in only a few hours.”

Travellers can discover how much they know about easiest languages just because they know English. They will recognize more foreign words than they realize. This will make it easier for them to travel in any countries where these languages are spoken.

My translation of French sentences into English: My name is Paul. I have reserved an apartment. I am allergic to penicillin. Inform my family. Are the toilets handicap accessible?