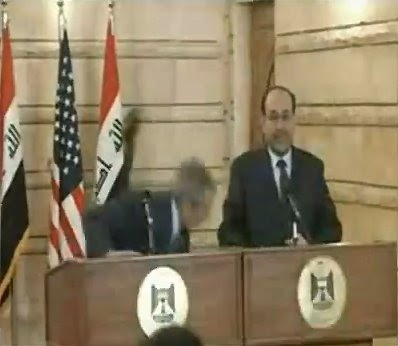 ~ Forbes Traveler dot Com has a fascinating online story detailing some of the many things you should do or not do while travelling abroad.

Here are the opening paragraphs:

"When Iraqi journalist Muntadher al-Zaidi threw his shoes at President Bush during a press conference in December, 2008, news outlets scrambled to explain the incident to American viewers. Al-Zaidi hadn’t intended to hurt the President; he meant to demean him. In Arab countries, the soles of feet are unclean, so you never throw a shoe at a person. For his gesture, al-Zaidi was given three years in prison.

You travelers probably won’t toss a shoe across a crowded room, and not every insult—intended or otherwise—will lead to jail time. But whether you're abroad on business or pleasure, knowing the local etiquette is crucial for every traveler.

Consider the case of Michelle Palmer and Vince Acors. In July, 2008, the British couple were arrested for engaging in romantic activities on Jumeirah beach in Dubai. At first, it's hard to feel sympathy for such loutish behavior, but according to The Times, the Brits were convicted not just for indecency; they were given three months in jail for "having sexual intercourse outside marriage." Even off-the-cuff, seemingly harmless decisions can land foreigners in hot water. In Sudan, British teacher Gillian Gibbons faced 40 lashes for blasphemy in 2007. Her offense? Naming the classroom's teddy bear Mohammed. Gibbons was ultimately pardoned after eight days in custody, but she had to leave the country."

Visit the Forbes Traveler site...
You can read the full article here...
You can see a slideshow of Travel Taboos, Do's and Don'ts here...
Posted by Jim Lesses at 12:06 PM