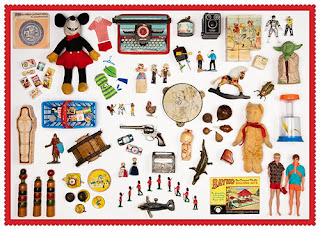 Play: Objects of play from the State Library of South Australia’s collections

This delightful exhibition explores the history of play using over 150 toys, games and stories from the unique collections of the State Library of South Australia.

Most pieces are drawn from the Children's Literature Research Collection, one of the State Library's premier heritage research collections, in a display of never-before-seen objects and old favourites. This all-ages exhibition is sure to evoke memories and create new ones as you think about what play is and what it means for you and your family.

All selected works will be exhibited in a major exhibition at the Art Gallery of South Australia from 27 May to 27 August 2017. The winner will be judged from the exhibition and announced on Friday 26 May 2017. Finalists are also eligible for a People’s Choice Prize supported by sponsors Lipman Karas. Visitors to the exhibition can have their say and kick start an ambitious artist’s career by casting their vote and awarding them a $15,000 cash prize. The People’s Choice Prize is non-acquisitive.

Presented by the Art Gallery of South Australia, the Ramsay Art Prize aims to support and encourage contemporary Australian artists to make their best work at a pivotal moment in their career. 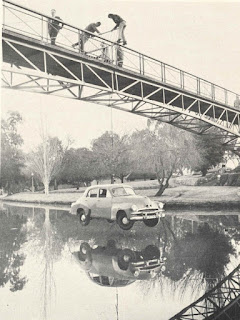 Suzie Keen, writing for InDaily reports on a new exhibition focusing on what used to be a rite-of-passage event for many new university students starting their academic year: Prosh Day.

From a horse-drawn ‘float’ lampooning radioactivity researchers in 1905 to the suspension of an FJ Holden over University Footbridge in 1971, more than 100 years of student pranks and protests are highlighted in a new Adelaide University exhibition.

Raggers and Radicals: Student Activity and Activism from 1880 is on display on level one of the Barr Smith Library from today until June 30 and features a wide selection of archival material including photos, cartoons and posters.

“Students have always been inclined to be a bit high-spirited,” says exhibition curator and special collections librarian Cheryl Hoskin.

“In the very early days they would let off steam after exams by interrupting graduation ceremonies with pranks, lampooning songs, catcalls and whistles. During the 1896 ceremony they set alarm clocks to go off at five-minute intervals.

Eating Out in Adelaide
CityMag writes that Nishiki Café & Izakaya is “Adelaide’s most under-rated Japanese food.”

With very little on-street signage, Nishiki Café & Izakaya is as understated as it is under-rated. Since 1999 Yass Tanase has been part of Adelaide’s Japanese food scene, his memory of the industry reaching back far enough to recall working at Genki and watching with bewilderment as a customer sat with their sushi roll and removed the nori, thinking it was just decorative wrapping. Since then, Japanese cuisine in Adelaide has come a long way.